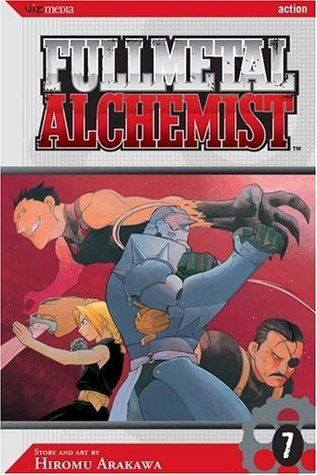 Edward just realised that he has forgotten the state alchemist's annual assessment. He will travel alone to the headquarter to report himself and will return after two to three days.

Al receives a random note to meet up at the abandoned factory situated on the west side. Since the note mentioned that they know their secret, Al goes to the factory. When he starts to feel doubt, he tries to run away from the group but his body is being controlled by them in the end. He has no choice but to follow them to see their master.

The people in the group are chimeras. They are the result of lab research experiments by merging their bodies with animals. The leader is a homunculus named Greed. They hope Al will use his skill to alchemise and stabilise a person's soul onto another subject. Greed reveals his secret and hopes Al will reveal his secret of the alchemised soul.

At the same time, Izumi and the husband have tracked down Al's location. They go to Devil's Nest bar and tries to save Al. Al begs Izumi to bring his brother Edward along when he comes back. Greed comes out with a trade offer. He promises to teach the Elric brothers on how to make a homunculus but Edward needs to teach him how to transmute the soul.

When Edward just arrives in Dublith, he is shocked to see the president and Major Armstrong. The president is still interested to meet Edward's master and hope to recruit the master as a state alchemist. Once Edward knows about the kidnapping, he goes to Devil's Nest bar. He doesn't want to negotiate with villains and the fight begins. After overhearing the conversation between Edward and his master, the president or also known as King Bradley storms the Devil's Nest when Edward is in the battle with Greed while Major Armstrong brings his army to save the brothers.

The Elric brothers were left in an uninhabited island. They were not…