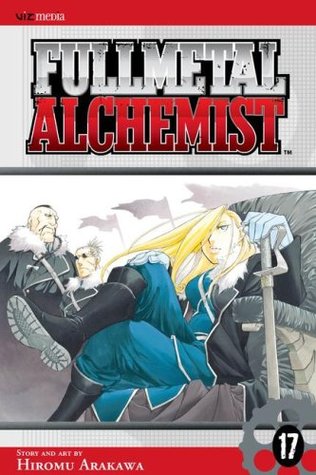 Yoki wants to run away from Scar by seeking protection from the railway security but threatened by Scar after he mentioned that Kimberley will remember his face who runs away with wanted criminal and Kimberley will take revenge after heavily injured by Scar. Not many options left for him, Yoki has to travel with Scar to the north and reunite with Dr Marcoh and Mei Chan.

Kimberley is being treated at the hospital at the base of the mountain. The military in Fort Briggs receives a command from Central to assists him. While Major General Armstrong is discussing the matter with Captain Buccaneer and General Miles, they were informed about an intruder appears on the lowest level.

The Elric brothers thought that the Homunculus comes after them, but the Homunculus has never heard of them. At the same time, Captain Buccaneer assumes the Elric brothers are Drachma's spies since they can communicate with the intruder. The soldiers are firing their guns to the intruder, but the shots had no effect on him. The intruder is heading to the research level. Major General Armstrong fires her rocket-propelled grenade but has no effect on him. The troop starts to use combat tank, but the intruder is still alive. Edward saves one of the soldiers and tells Major General Armstrong that weapons won't bring any destruction to the intruder. They begin to question him, but he can't reveal much.

Since the Elric brothers are the only one know about Homunculus, the troop forces them to cooperate. They are still under suspicion as Drachma's spies. General Armstrong leads the defence against the intruding Homunculus, eventually freezing him solid with the harsh weather of the region to her advantage.

The Elric brothers are being kept in the prison until the military has more information about the Homunculus. While the Elric brothers are in the cell, Major General Armstrong, Captain Buccaneer and 2nd Lieutenant Falman are investigating the hole dug by the Homunculus. Major Miles is at the hospital to assist Kimberley. After Major Miles leave the hospital, Lieutenant General Raven comes and brings a doctor who can use alchemy to speed up Kimberley's recovery.

On the next morning, the scouting party together with the Elric brothers exploring the never-ending tunnel. After being threatened by Major General Armstrong, Edward tells her about the military corruption and hostages. The Elric brothers are willing to work together with them. Edward draws a circle on the map of North area. The circle is identical to the transmutation circle from laboratory number five. After the analysis of the map, they realise Amestris is created to accomplish the goal of human sacrifice. The country was a small territory but keeps expanding its area to create the circle. Based on the map, the next bloodshed will happen in Briggs.

Following Edward's suggestion, Major General Armstrong decides to prod in deeper into the military's real intention by tricking Raven. Raven takes the bait and attempts to seduce Armstrong with promises of an "immortal legion" at her command if only she pledged full allegiance to Central.

In the meantime, Mei Chan and Dr Marcoh exchanging their knowledge about alchemy to decipher Scar's brother's research notes.

A flashback shows Van Hohenheim acquired an eternal life and a body that would never age. Thinking himself as a monster, he began to fear that touching his sons would give them his curse as well, but Trisha sensed his unease and decided to hire a photographer to take a portrait of the four of them.

Unfortunately, while perusing countless Alchemical texts to find a way to reverse the effect of what the Homunculus had done to him, Van made a shocking discovery. He found out that the nation of Amestris was built and designed from scratch as to be much larger and more devastating. The country will be used to repeat the tragedy that had befallen Xerxes - a gigantic Transmutation Circle to turn all of the country's inhabitants into a new Philosopher's Stone. Realising that only the Homunculus could be responsible for such a plot, Van decided that he would be the one to stop it, for the sake of his beloved family and all his dear friends. After explaining to Trisha that he was leaving and promising that they would die together, Van Hohenheim departed from the house and Resembool in 1904.

Back to the tunnel at Briggs, something spooky had happened in the tunnel after one of the soldiers' horse returned with the owner's arm. While Major General Armstrong is thinking whether to accept or reject Raven's offer for the immortal army, a soldier informs her about something happened in the tunnel. She asks Raven to join her for the investigation as well. Raven orders Major General Armstrong to put the Homunculus back to the hole and seal off the entrance.

Kimberley makes a phone call to King Bradley. He tells him about seeing the Elric brothers at the north, but King Bradley has no idea about it besides of knowing that they are researching the alchemy of Xing.

Then, Winry receives a phone call from the military.

Raven meets the Elric brothers, and through Raven, they know that Major General Armstrong has followed his order and seals off the tunnel, pretending nothing happened before. Apparently, the Homunculus's name is Sloth and Raven is able to communicate with him and ask him to continue his work before they close the tunnel.

Dr Marcoh couldn't decipher the notes since it was written in ancient Ishbalan language. While Mei Chan is worried about Scar who haven't come to the hideout after a week, Scar appears and kills the Briggs troops. He reunites with them, and they have to move somewhere else.

Meanwhile, Raven is killed by Major General Armstrong. The Elric brothers have made a door that can go down to the tunnel.

In the meantime, Colonel Mustang got to know that Raven and Kimberley are at the north. He even receives a message from Olivier Armstrong, The North Wall of Briggs.

Major Miles is buying time for the others to get rid of Raven. When Kimberley is being informed that Raven is missing, he is even happier as now he is free to act according to his own discretion and his actions represent the will of the President. Raven meets the Elric brothers who are in the cell. He brings a guest, and the Elric brothers are shocked when they see Winry. Without knowing what is going on, Winry comes to the north with the reason to replace Edward's automail with a specialised Northern region model.

Fast Food Nation: The Dark Side of the All-American Meal, Eric Schlosser

Initially, I wanted to mention that the author didn’t try to…

Riza has finished telling the entire story about Ishbal war to Edward.…