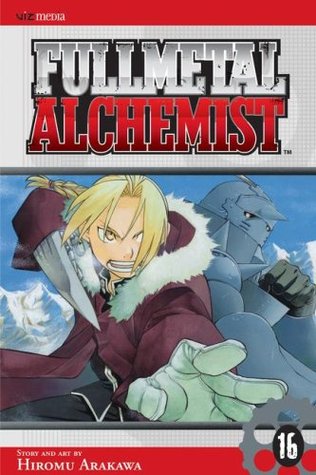 Riza has finished telling the entire story about Ishbal war to Edward. Edward points out that it will be difficult for the country to reduce killings even if Colonel Mustang becomes the president and the country is still remain in a military dictatorship. However, Riza has confidence in Colonel Mustang will do a better job and slowly pushes the country towards democracy which also abolishes the State Alchemist as well. This means Colonel Mustang is leading to a self-destruction path. Everyone was praised as a hero will end up on trial for injustices that committed in Ishbal although Riza knows the Colonel will protect those who under him. Edward feels unfair as Homunculi are the one who started the war but Riza said that they were the ones who carried it out and killed a lot of innocent lives. They hope the next generation will be better and happier.

At the same time, Dr Knox is telling his experience in Ishbal war to Alphonse. Colonel Mustang burned the Ishbalans, and Dr Knox dissected them to the point that he no longer believes that he has the right to treat living human beings. So, he chose to become pathologist after the war ended. Before Alphonse leaves, Mei Chan thanked him for his help. He tells her that he is the younger brother of Edward and his body was taken somewhere and asks her to keep it as a secret.

When he is on the way home, he bumps into Edward. Both feel sad after hearing the story about Ishbal war, and they discuss what they will do after they get back their original body.

Scar knows the truth about the Philosopher's Stone which made by the sacrifice of other Ishbalans. Although he is so angry with Dr Marcoh after knowing the truth, he wants to know more about Major Kimberley and also there is one part of the alchemy research left by his brother which he couldn't decipher. When Envy and the Father come to see Dr Marcoh, they found a corpse without the face. At the same time, a chimera is missing. Dr Marcoh and Scar able to escape from the Homunculus Lair.

Mei Chan had left Dr Knox's house in the morning when Edward called him. Mei Chan wanted to make sure that Scar is alright and insists on leaving despite Dr Knox asked her to rest more and not to get involved with Scar. The Elric brothers will look for her so that she can answer some of their questions.

Mei Chan reunites with Scar, and he introduces Dr Marcoh to her. He disfigures Dr Marcoh's face but later asks Mei Chan to stop his bleeding. All of them will be travelling to the north where he hides his brother's notebook.

While Sergeant Major Fuery is feeding Hayate, Warrant Officer Falman comes to return the chessboard to the Colonel. He will miss the sunny weather at Central as he has been assigned to North City Headquarters.

While Colonel Mustang is busy working in his office, Riza comes to collect her belongings. She tells him that Edward told her that Scar is still around. The Colonel tells her that he needs to be careful since he is losing a very talented bodyguard. After Riza leaves the room, Colonel Mustang opens the chessboard and reveals that his pawn, knight, rook and bishop has been taken from him and even his queen as well. But still, he hasn't given up and found one of the chess pieces has a small note hiding inside of it.

Colonel Mustang comes to a bar and happily greeted by a girl named Vanessa. Madame Christmas asks him to go somewhere to have fun with Elizabeth, but he tells her that another man took Elizabeth away from him. When being asked what to drink, he asks for something special and slides a note to her. Then, Lieutenant General Graman receives a call from Madame Christmas.

Meanwhile, the Elric brothers are looking for Mei Chan but still couldn't find her after several days. Colonel Mustang comes with a car and asks them what they are doing. They get into the car as the Colonel has some business to attend near their lodgings. After hearing their story, the Colonel will try to help them to look for Mei Chan. Then, he asks Edward to return the money that he had borrowed at the Presidential district, but Edward will only pay him back when the Colonel becomes a President. After they reach their lodgings, they see the Colonel is driving to a nearby area and has a date with a lady named Madeline.

When the Elric brothers reach their room, Fu is waiting for them. At Dr Knox's house, Fu slaps Ran Fan for failing to protect the prince and wants to hit her more but stops by Dr Knox. Ran Fan feels guilty and apologises to her grandfather, Fu. Fu feels sad when seeing Ran Fan has lost her arm. Edward promises to introduce her to Winry, an automail engineer so she can get an automail arm. Unfortunately, another problem has arisen. Winry is being watched by the Homunculi and King Bradley has seen Ran Fan before. This will be difficult for both of them to meet. Alphonse suggests Winry's grandmother and nobody will notice since Resembool is so far out in the countryside. However, Fu rejects their offer and doesn't want the Elric brothers' help anymore. They need to be more cautious with their enemy and must learn to detach from emotions and sympathy to accomplish their goal. After expressing gratitude to Dr Knox, Dr Knox asks everyone to leave his house and don't let anyone sees them.

The Xing Emperor's health shows no sign of improvement. Fu tells Ran Fan that they need to find the prince with his secret of immortality back to Xing. They don't have much time and promise to return to save the prince, while Rin Yao is watching them from the shadows.

After everyone has left Dr Knox's house, his son and wife come to visit him. His son is studying medicine and wants to save lives with him.

At the East City train station, Mei Chan overhears that the police is looking for Scar. Then, she bumps into a curious old lady. Mei Chan reveals to her that she comes to East City to catch a train and then head to the north.

Kimberley is released from the prison despite he had killed five superior officers. Envy comes to pick him up, and Kimberley is given a task to kill Scar and capture Dr Marcoh alive as well as to wipe out Dr Marcoh's town. Kimberley is excited to use the Philosopher's Stone again, but the stone has been upgraded with a different one who made out of the lives of the researchers who made the first one.

Next, Colonel Mustang appears at Hughes' grave. The old woman from East City arrives at the grave, and it turns out to be Lieutenant General Graman. They have a long conversation about the military corruption which being tempted with immortality, the Cornello rebellion and his transfer to the East Headquarters after rejected to participate with the immortality plan. He also reveals that he knows the Colonel will call for his help and for that reason, he hid his secret phone number inside the chess piece. Before they leave, he saw Colonel Mustang is holding Xiao Mei's picture.

In the Central Library, Edward isn't having much luck researching the Xing alchemy. Then Major Armstrong interrupts him with the news from the Colonel, telling that Mei Chan is going to the north. Finally, Armstrong gives him an introduction letter and the person might be able to help him with his search.

There is a general known as "The Northern Wall of Briggs" protects the border between Amestris and Drachma and his name is Major General Armstrong.

While Edward is asking Alphonse to leave the library and rush back to pack their stuff, they got interrupted by King Bradley's son, Selim who admires them a lot. Selim who is adopted by King Bradley and his wife wants to study alchemy and become State Alchemist when he grows up.

Kimberley is at the North City. After there are reports of a cloaked figure at the North City train station, Kimberley goes to the train station to investigate. Yoki was acting as bait in Scar's trap. In the meantime, Mei Chan and Dr Marcoh have reached the Briggs mountain range, and soon find Scar's brother's research notes.

Winry finds out that the Elric brothers have gone to the north. The Elric brothers are dropped off at a road leading to Fort Briggs. A snowstorm soon whips up, and the brothers are caught by a soldier with very strange automail. When Edward tries to fight him, he finds that his own automail is less responsive and weaker than usual. Although the Elric brothers able to defend themselves but they can't run away and have to surrender when the soldiers are pointing their guns to them. Major General Olivier Mira Armstrong (Major Armstrong's elder sister) comes out and look at them. She doesn't believe them even the Elric brothers told her about Major Alex Louis Armstrong. Although she believes them when she sees the letter, she tears up the letter without reading it. She will evaluate them by herself and tells them that she has no intention to babysit them as the place only can be survived by strong people.

Edward is experiencing tissue damage from exposure to sub-zero temperatures. If it takes a longer time, the damage would have been permanent. According to the doctor at the North City Headquarters, the automail in the north has to be lightweight and flexible and also able to withstand the cold. The automail also needs to get rid of unnecessary stress on the wearer's body. This resulted from the combination of geralmine aluminium, carbon fibre, and nickel-copper alloys. Even the oil that they use on automail is specialised for cold climates.

The Elric brothers tell the entire story to Major General Armstrong. They are looking for Mei Chan who has a black and white cat travelling with her. Initially, Major General Armstrong not interested in helping them for their personal interest but coincidentally, she is interested in the purification arts which she wants to import it and use it as a weapon for themselves.

Major Miles has mixed blood of Ishbalan and other ethnicities. While bringing the Elric brothers to their work, he was impressed by the Elric brothers who neither sympathise or scare of him but treat him equal. Because of that, they soon become friends and willing to be honest with each other. Major Miles tell them why he is safe from Ishbalan war. Major General Armstrong doesn't care about race and ethnicity as prejudice leads to weakness and increase of casualties. She believes that they should fight together as a single force. When the Elric brothers are assigned to knock down the icicles, they meet Warrant Officer Falman who has been promoted to 2nd Lieutenant.

The battle begins between Scar and Kimberley. Due to staying in prison for quite some time, this is a disadvantage for Kimberley and Scar able to thrust a pole on Kimberley's lower left stomach. Judging by the current situation and the injury, Kimberley uses his alchemy to disconnect the train freights and able to escape from Scar.

While Falman is showing the lowest level of Fort Briggs and the research development, a strange sound is coming below from the ground. While the workers are analysing whether someone is digging a tunnel under the fortress, the ground starts to crack, and a new Homunculus appears.