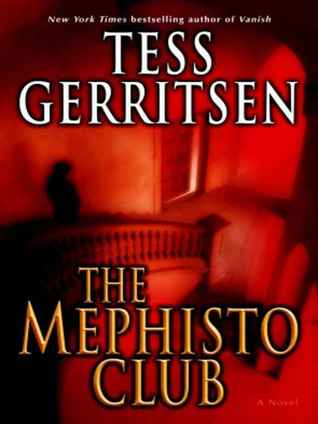 The boy is standing beside his father's grave. This is the first time he meets his uncle's family. He was in boarding school and just returned for the funeral. His aunt invites him to stay with them during the summer break. He rejects the idea at first and believes that his mother will come back for him. Then, as he is curious about the family's life, he accepts the invitation.

Twelve years later, the story focuses on a Christmas Eve where a homicide occurs in a private residence which involves of a cryptic symbol of downward crosses and another message left on a mirror with the Latin word Peccavi (I have sinned). The victim died of exsanguination, and her severed head is placed in the middle of a red circle with candle wax surrounding the circumference.

During the investigation of the case, another victim who just joins Jane's squad is killed by the same killer with the same ritual. Both cases related to Dr Joyce who loves to be friends with criminals to understand their world but Dr Joyce is not sharing any information to the police. Then, when Dr Joyce becomes one of the victims, who will be the next? What is the murderer's motive and why Maura has "watchers" symbol written on her door? What is the Mephisto Club and how much they know about those symbols?

The author has a different writing style in this story compared with all previous stories in this series. In this book, the author has stepped out from her comfort zone to expressed her revolutionary idea. A relationship with a priest and mythology which involves twisting with Bible scriptures are really something different than what I've read so far from the author. I feel it's a very bold move, but the courage is rewarding as the story turns out exceptionally well.