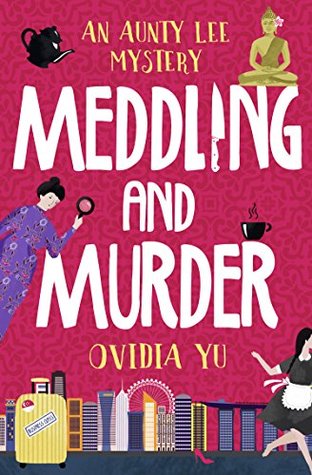 The relationship between Aunty Lee and Nina is being challenged after Aunty Lee putting too much effort in convincing Nina to get married to Inspector Salim. Nina feels Aunty Lee is too naive to think that they can get married as long as Inspector Salim keeps applying for the permit and Nina certainly doesn’t want to affect Inspector Salim’s career if he marries a foreign domestic worker.

Their mind games and not talking to each other lead to trouble when Nina agrees to help Beth Kwuan, an ambitious businesswoman and also Aunty Lee’s friend’s sister. Beth’s maid has recently disappeared, and Selina who interested with the preschool business blackmails Aunty Lee to let Nina to work for Beth. Beth works together with Jonny Ho, her deceased sister’s husband who comes from Mainland China. Once Jonny Ho knows about Aunty Lee’s background, he tries his best with his charm to convince Aunty Lee to expand her business together with him. At the same time, Aunty Lee begins to fear for Nina’s safety when she couldn’t contact Nina for weeks.

This fourth book is a disappointment for me. It wasn’t as good as the last three books. The author is putting too much effort in re-introducing the characters and their background which has been told in previous stories. I assume if a reader is following a series, the reader will begin from the first book and continue learning the characters from the series. This book ends up with a lot of repetitive stories about their past rather than focusing on the current storyline. Sometimes, I lost with the story plot when the story suddenly jumps to a different direction. For example, when there are two characters exchanging conversation, an unexpected monologue or a brief story about the character’s past appears from nowhere, and after the monologue or the short story, the conversation continues. It’s a bit difficult to follow up on the conversation after reading the character’s background.

Rating: ★★
More reviews can be found on Goodreads: Meddling and Murder (Singaporean Mystery #4).

Finally, I got the answer to why Harry Potter is so famous…