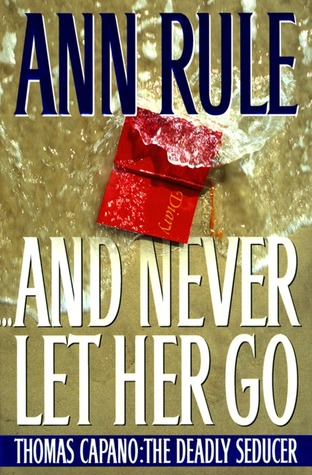 A true crime story about the murder of Anne Marie Fahey after having dinner with a man whom she had been having a secret affair with for more than two years. On June 27, 1996, she had dinner with Thomas Capano, a forty-seven-year-old wealthy and one of the most politically powerful men at that time in Wilmington. After they left a Philadelphia restaurant, something terrible happened to Anne Marie.

The story begins with their parents, their different upbringings and also people who appeared in their life. As the story goes further about their later life, it slowly leads to their encounter in a party and how the affair began. Unfortunately, when Anne Marie realised that Thomas Capano is a manipulative and controlling maniac, it was too late for her although she was trying her best to break out of the grip of him. Nobody can set their own rules and leave him. Her struggle to free herself from being his puppet is never ending even until her death.

While reading this story, I can feel her struggle in the entangled relationship as well. I was surprised that the story started with a long story about their parents which was unusual to me. Luckily, the beginning was interesting to read, else it will be a draggy story as the unnecessary details took too long until it reached the part of their encounter, Thomas and Anne Marie Fahey.

It wasn’t an easy book to read, but it had me hooked from beginning to end. The overwhelming details made it even harder to read. I agreed with other readers that some of the details are irrelevant and can be excluded from the story. A true crime story with more than 400 pages can be either challenging but exciting or probably demotivated to be read.

Rating: ★★★★
More reviews can be found on Goodreads: And Never Let Her Go: Thomas Capano The Deadly Seducer.

Finally, I got the answer to why Harry Potter is so famous…