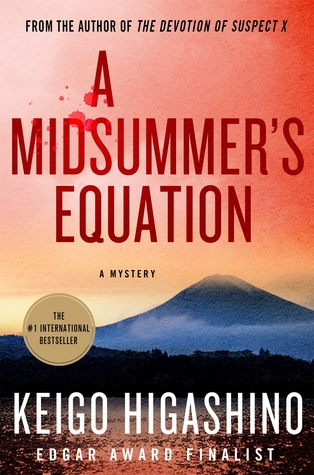 Professor Yukawa (also known as Detective Galileo) is invited to Hari Cove to speak at a conference on a planned underwater mining operation, which has caused a division in the town. Some of the residents are concerned about the environmental impact on the area. On the other hand, some locals believe that the development project will improve their economy and jobs growth. Yukawa stays at a local inn run by a family and strikes a friendship with their relative, a schoolboy named Kyohei who comes for a visit.

When a man’s body is discovered at the base of some cliffs in the small resort town of Hari Cove, the police initially suspects a tragic accident, probably he wandered over the edge while walking on an unfamiliar place in the middle of the night. However, when the victim is found to have been a former policeman from Tokyo and that the cause of death was carbon monoxide poisoning, the police begin to suspect foul play.

The story wasn’t as great as other books that I’ve read from the author, but it wasn’t bad either. It’s just not as outstanding as his other stories. This story involved too many characters, and I lost track of some of them. The investigation process in this story wasn’t as cumbersome or exciting as other stories despite the involvement of a large number of characters.

And Never Let Her Go: Thomas Capano The Deadly Seducer by Ann Rule