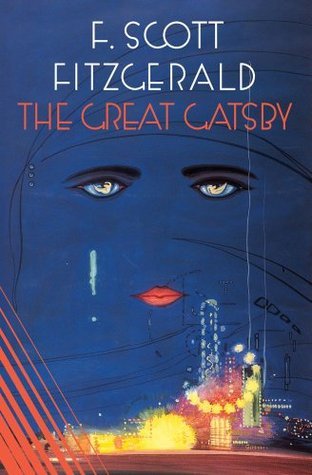 A graduate from New Haven and veteran of the Great War decides to travel East to learn the bond business. He rents a small house with another young man at West Egg, a less unfashionable village but populated with wealthy people. His next-door neighbour is a mysterious gentleman named Jay Gatsby, who lives in a mansion with a marble swimming pool and also a lawn extends to more than forty acres.

The narrator drives out to East Egg one evening for dinner with his cousin, Daisy Buchanan, and her husband, Tom whom he has known since college. They introduce Miss Jordan Baker to him. Miss Baker mentioned the name Gatsby, but the narrator never gets the chance to ask further. Their conversation is interrupted by Miss Baker's curiosity with Tom's conversation with Daisy inside the house, which she later tells the narrator the rumour about Tom with his mistress.

The story leads to the narrator's experience of meeting Tom's mistress, although he has no intention to meet her. Tom's mistress, Myrtle Wilson is a married woman. Together with Tom and Myrtle, they meet up in an apartment with their friends and Myrtle's sister Catherine.

As the summer progresses, the narrator or known as Nick receives an invitation to one of Gatsby's extravagant parties. Most of the guests attend his parties without invitation. Initially, he assumes the person who sent the invitation was his chauffeur but later only finds out that Gatsby himself had personally invited him. At the party, he encounters Jordan and then during the party, Gatsby asks to talk to her alone.

Then, one day in October, Jordan tells Nick about Daisy's relationship with Gatsby before Daisy married. One the day before the wedding, Daisy had a breakdown but still proceed with the wedding on the next day. Daisy just recently remembers Gatsby when Jordan mentioned his name after Nick told her that he is living at West Egg. At the same time, Gatsby hopes that Nick will invite Daisy to his house. Gatsby hopes that he can come to Nick's house to meet her. Apparently, he has been asking his guests casually whether anyone knows Daisy and also hoping that one day, he will see Daisy in one of his parties.

In summary, Nick is the narrator of the story, telling the story of the life of Jay Gatsby, a millionaire who used to be his neighbour and later became close friends. Gatsby threw a luxurious party every night and his mansion always full of uninvited guests every day. The reason for Gatsby purchased the mansion, extravagant parties, and even later he halted all the parties and replaced all his servants is because of Daisy, Nick's cousin. Gatsby has been deeply in love with Daisy even before she married, and he believed that Daisy is still in love with him although she already married to Tom. At the same time, Tom has an affair with another married woman named Myrtle. When Myrtle's husband knew about the affair, and Gatsby confronted Tom about his love for Daisy .....

After I finished reading the book, I still couldn't find any reasons that can convince me that it has been acclaimed as one of the best books in the world. Maybe I haven't reached that specific level of wisdom to appreciate the author's work. Surprisingly, I don't have many problems with the author's writing style, although it's a classic story. Somehow it's the story that I have issues with. I don't feel fascinated with the story, but if I can split into two parts, I will rate 2 out of 5 for the first part and the second part will be 3 or 3.5 out 5. I can't deny that the ending was superb and unforgettable, which left me still thinking about it. The ending left a sense of sadness inside me. Somehow at a particular stage of the story,  it was like a reflection to the reality of our real life. When you have a prosperous life, you will be surrounded by a lot of "unknown" who claims to be your friend. Unfortunately, not many will stick with you when you are in trouble.

Rating: ★★
More reviews can be found on Goodreads: The Great Gatsby by F. Scott Fitzgerald.

The Diary of a Young Girl, Anne Frank

"I don't dare do anything anymore, 'cause I'm afraid it's not…