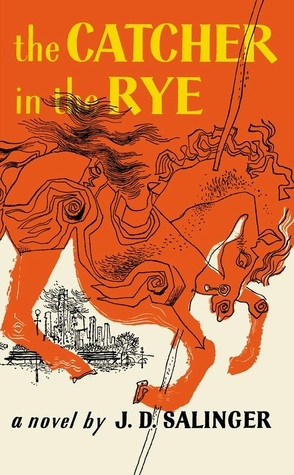 The narrator is living in an unspecified institution when he recounts his week in New York City during Christmas break following his expulsion from Pencey Prep, a preparatory school in Pennsylvania. The narrator later tells the reason for his expulsion is due to his poor performance at the school. He is invited to his History teacher Mr Spencer's home, and the narrator's name is revealed as Holden when Mrs Spencer greets him upon his arrival to the house.

During the conversation between Mr Spencer and Holden, the narrator tells his teacher that his parents will be irritated with the expulsion, especially this is his fourth school. Holden acts nicely to his teacher although he has contradicted opinions in everything about him, including being critical with his actions and disagree with his advice; he keeps them all inside himself. That's pretty accurate in summing up how we act in front of older people when we talk to them, especially when we were a kid or teenager. We were so thoughtless and ignorant. Nothing is acceptable to us. We just despise whatever they said and trust ourselves so much.

It was amusing but so true that when your mind just travel somewhere else when you are in a situation that you can't get away from it. Holden makes up some kind words when his teacher questions him what he will do if he is in his shoes. So, he just says something thoughtful, and his mind flies to the lagoon and the excitement after going home. I have to admit that I still have that kind of bad habit, but I usually thought of food, what to watch on TV or what to do when I reach home. It reminded me when I had that similar situation of being questioned by my teacher during my school days. I just wanted to run away from that place or humiliation, and so I just answered something that suited my teacher's ears instead of what I wanted to say. My goal is to avoid a more extended conversation and embarrassment. Sometimes, you understand that they are doing their jobs, and if you encounter a caring teacher who does more than just a job, you will feel guilty of doing something that increases their workload or causes disappointment, but at the same time, you just can't stand of their long-winded lecture. There are some great teachers, but it's just us that going through some changes during that age, which we can't see their kindness and perceive their words. It's like they are trying to tune us to a correct channel but we just never get there.

The story leads to Holden leaves the dormitory earlier than his plan. His roommate had a date with a girl named Jane, and when Holden asks him for the details, his roommate doesn't want to reveal much of what they did during the date. This causes a fight between them and Holden leaves to New York but decides to stay in a hotel for a few days before he goes home on Wednesday. The remaining story is about his aimless life, wandering around until he decides to go home.

This is another book which I'm trying to understand for its worldwide recognition and fame. The book wasn't bad, and it delivers an accurate depiction of teenagers in our society. It's just me that never expect that I have to read a story about a lost teenager or probably it's like a journal of a troubled teenager. It was pretty detailed in portraying a typical teenager, such as over-elaboration, defensive, lost of life direction and rebellious. The meticulous of depicting a teenager who is struggling of growing up into a harsh adult world is undeniably brilliant, but I'm not sure whether I really enjoy reading it.

Rating: ★★★
More reviews can be found on Goodreads: The Catcher in the Rye by J.D. Salinger.

"It was terribly dangerous to let your thoughts wander when you…