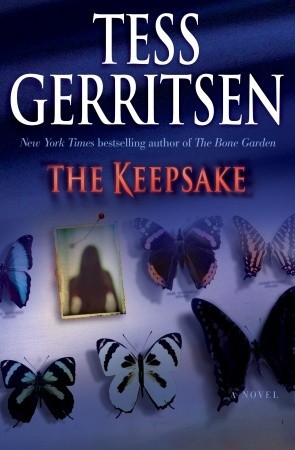 A woman recalls her dream to go to Egypt when she was a kid. When she was in college, she thought she was lucky to be recommended for a summer job at an excavation in Egypt’s western desert. She never expects that the trip will change her and leads a monster follows her back home. Since then, she has been cautious, keeps moving to different places and changing identity to protect her daughter from the monster.

The story shifted to Maura, a medical examiner who receives an invitation to witness the revelation of a preserved mummy or dubbed as ‘Madam X’.  The mummy has been abandoned in the basement at Boston’s Crispin Museum until discovered by Dr Robinson who was hired as a curator at the museum three years ago. As they are performing the CT scan for the mummy, the screen shows an unexpected object exists in the mummy, which indicates the possibility of a fresh corpse. Dr Josephine, the archaeologist who is responsible for the mummy, seems worried after they found a  message from the corpse’s mouth. She becomes more frightened when there is a mail sends to her, telling her that someone is watching her.

Jane and Frost decide to investigate whether any other human bones found in the museum’s basement after what Maura found during the CT scan. The museum has a hidden wall, and it consists of three shrunken head, but one of them seems more like a recent victim rather than an ancient remains. When Maura finds a crumpled newspaper inside the fake shrunken head, Josephine is shocked. The paper is dated with her birth year and date and also originated from California where she was born. At the same time, she receives another mail with the GPS location, and the sender asks her to find him.

After a body was found in her car trunk, Josephine leaves Boston and decides to off her phone to avoid being tracked by anyone. When the police investigate further about her, Frost finds out that the actual Josephine Pulcillo had died twenty-four years ago in a car accident. And the worst thing is they couldn’t locate her, and the name of her aunt that she gave doesn’t exist.

I thought I am the only one who is confused with the ending. I tried to search to find out for the answer, and it seems several readers also confused with the DNA part and who got killed twelve years ago. There were so many of plot twists towards the end, and I guess the author already confused herself as well.

However, I’ve learned a few things from this story about mummification, bogs, and body preservations. This story has reduced the involvement of Maura and Jane’s personal life comparing to all the previous stories before this. The only disappointment that I had about this story was Maura. I still feel uncomfortable reading Maura is having a relationship with a priest. She is so desperate for his companionship and wants him to choose her instead of his job, but at the same time, she feels heavily burdened with guilt. I hope their relationship will end soon as to ease her burden and also our uncomfortableness in reading it.

Rating: ★★★★
More reviews can be found on Goodreads: The Keepsake (Rizzoli & Isles #7) by Tess Gerritsen.

Fate! It can stab you in the back any time, upsetting the…

"It was terribly dangerous to let your thoughts wander when you…