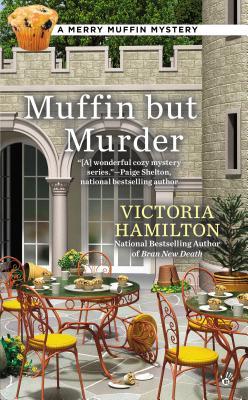 Merry can't afford to maintain the castle which she inherits from her uncle. She decides to sell the castle and returns to New York. To market the castle to the potential buyers, she organises a Halloween party to give a tour of the castle. However, the party is interrupted by a group of unknown guests. When she thought all the guests had left the party, she found a stranger's dead body left in the casket which she rented for the party.

The story is simple, but the wordings were unnecessarily complicated, the descriptions were overly-detailed, and there were too many irrelevant characters were included in the book. I wish the author will simplify the wordings and exclude the unimportant characters to be mentioned in the story so that it will be more enjoyable to be read by the readers. Although it's not essential, until now, I still tried to figure out to understand the relationships of the following sentences:

"Shilo, now friends with Emerald, Lizzie's mom, had learned even more. Emerald, who was still trying to figure out how to deal with her daughter's new family, Binny, who was Lizzie's aunt, and Rusty Turner, her grandfather, welcomed Alcina in their home."

I know the author is exceptionally detailed, but I can't believe that she will describe every guest's Halloween costume that attends the party. She described the details of all 18 guests' outfits except a couple who is not part of the residents in the town.

I read the first book from this series four years ago. I thought time would change my perception of the main character and the author's writing style. This book keeps repeating the story from the first book. The main character is very self-centred, controlling, judgemental, impulsive, unreasonable, inconsiderate, ignorant, and annoying. Why does she keep pushing people to tell her everything? Nobody can keep anything for themselves, and nobody can forget anything. I felt pity with the older man when he needs time to think about the past, but she keeps pushing him and then accusing him of hiding things from her. In another part of the story, she suggests to plan for her friend's wedding, but the conversation turns to the murder case. When her friend asks whether they can discuss the wedding plan instead of the murder, she says no because she won't let it go until it clears up. What??? Also, she loves herself a lot and feels that she is perfect. She keeps mentioning some people who don't like her, and she feels weird, and she doesn't understand why people don't like her.

I'm not sure if I want to try the third book. I don't think I can stand with the main character anymore. I guess I have some sense of achievement after I finished this book.

The Woman in the Window, A.J. Finn

Anna Fox is a child psychologist who is experiencing agoraphobia, leading her…

Scott Fenney, a wealthy corporate lawyer from a prominent law firm, is…