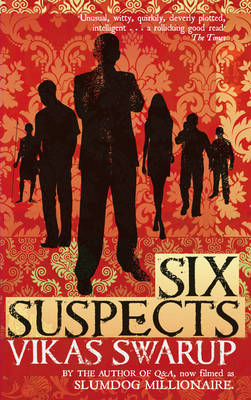 Arun Advani is an investigative journalist who has revealed many frauds and corruptions which brought down governments and closed down multinationals. In his latest article, he sets his mission to find the murderer of Vivek 'Vicky' Rai.

Vicky Rai, the son of the Home Minister of Uttar Pradesh, has been shot dead by one of the guests at his party. Arun has spent over a decade, tracking Vicky's life and crimes. Vicky's arrogance, his playboy lifestyle and his utter contempt for the law had his number of enemies. Seven years ago, he threw a grand party to celebrate his twenty-fifth birthday. Vicky was drunk but still requested for another shot of tequila from the bartender, a pretty young woman named Ruby Gill. Ruby refused the request because the bar has closed. The rejection caused Vicky flew into a rage. He took out a revolver and fired at her twice. Six witnesses, who claimed they had seen Vicky pull the gun, retracted their statements. In the end, Vicky received a full acquittal and to celebrate the verdict, he threw a party at his Mehrauli farmhouse, and that is where he met his end.

During the search, six individuals were discovered to have guns in their possession. Among the suspects are a corrupt bureaucrat, an American tourist who claims to be a Hollywood producer, a well-known Bollywood actress, a member of an ancient tribe,  an unemployed graduate with a lucrative sideline as a mobile phone thief, and Vicky's father, the Home Minister of Uttar Pradesh.

The story is divided into six parts. The first part describes the murder, following with the background of each suspect. The third part explains the possible motives for the killing of every suspect and leads to the fourth part, which tells about the evidence. The final sections of the story will reveal the solution and the confession of the murderer.

The story plot was interesting; especially the story has been separated into suspects' background and motives. However, one of the things which bother me is the unusual choice of usage for some of the words. I was alright with the story until it reaches the part about the actress, Shabnam. I've been tolerating the entire story with the over-rich of lusts and sexual contents. I wish that part were written in a less filthy manner.

I had read 'Q & A' and 'The Accidental Apprentice', and I enjoyed the stories a lot. I guess that was the reason I put this in my reading list as well. Unfortunately, this book is a disappointment to me because the author seems has changed his writing style. This story contains overly of lusty imaginations which weren't expressed in a refined manner. The only character that represents the author's real writing style is the journalist, Arun Advani.

Rating: ★★
More reviews can be found on Goodreads: Six Suspects by Vikas Swarup.

Look Behind You, Sibel Hodge