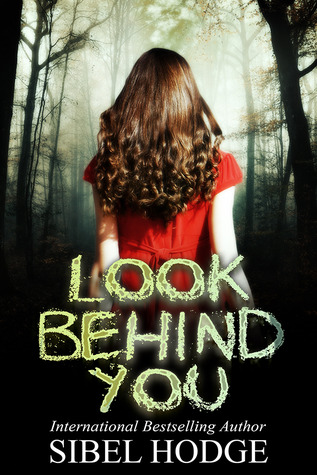 Chloe Benson wakes up in an underground tomb with no memory of how she got there. The only thing that she remembers was a surprise birthday party that she gave to her husband, which attended by his friends and colleagues.

When she wakes up in the hospital, she realises that she had lost seven weeks of her memory. She has no idea how she is in the hospital. When she tells the doctor that she was being kidnapped and abandoned in a small room, the doctor doesn't believe her. The doctor assumes she experiences some side effects from the antidepressants that she took after her miscarriage. She can't remember that she had a miscarriage and depression after the doctor told her what had happened to her a few months ago. The doctor seems more convinced that she probably has a hallucination than to believe her kidnapping story. While she's trying to recall anything about her kidnapper, her husband Liam insists that the kidnapper doesn't exist and she is just imagining things.

There was an argument before Liam left to Scotland, but Chloe couldn't remember anything about it. A suicidal note was found in the kitchen when Liam returned from Scotland, but Chloe has no idea about the note. Chloe's husband believes that depression and suicidal behaviour runs in the families. But Chloe doesn't think that she has any suicidal thoughts and her psychiatrist believes she has shown a will for survival than any signs of suicidal tendencies.

Chloe wants to know what happened before she lost her memory. Liam told the police that he called Chloe when he was in Scotland, but she found out that he lied. The more Liam telling her about the things that happened before the kidnap, the more Chloe has doubts about it. It seems all doesn't add up to her mind and contradicting to her personality. When Liam tells her about the breakfast that he had made for her before he left Scotland, she convinced that Liam is lying.

This story is so gripping. I started reading this at night, and I felt regret because I have to sleep. I was reading this book non-stop on the next day. By just reading the story, I can feel how creepy is the husband. He is calculative, manipulative, controlling, narcissist and OCD. I almost feel Chloe is real and wanted to tell her to leave him even if he's not the kidnapper after she finds out the truth. Nothing can be worse than you lost yourself.

This novel is another brilliant piece of work from another English author. The kidnapper seems evident from the beginning, but the author knows when to throw some fresh evidence to cast our doubts and make us keep guessing. I'm speechless. The answer probably is there, but I want to know how the kidnap was planned and how the author leads us to the truth. Luckily, the author doesn't disappoint me. I wasn't convinced at the beginning with the vague synopsis, but after I finished reading this book, I'm looking forward to reading another book from this author.

Rating: ★★★★★
More reviews can be found on Goodreads: Look Behind You by Sibel Hodge.