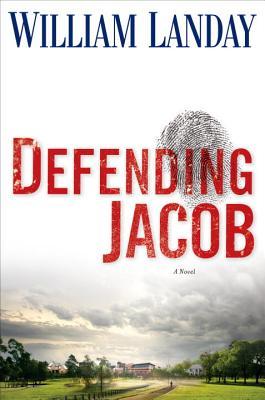 Twelve months ago, a 14-year old boy named Ben Rifkin was murdered in a suburban Massachusetts county. Andy Barber, an assistant district attorney for more than twenty years in the town, is handling the case.

When investigating the case to find out the murderer, Andy received an anonymous email of a Facebook link. The Facebook link consists of numerous messages of Ben's classmates paying tributes to him except one. Andy's son, Jacob, is mentioned on Facebook by his best friend about his possession of a knife. Jacob becomes the main suspect, and Andy found the knife in Jacob's room.

The story shifted back to the present. Andy's colleague in the courtroom is questioning him regarding his family history and murder gene, as well as the reasons for not reporting the weapon to the police for fingerprints check. At the same time, the police found Jacob's fingerprint on Ben's sweatshirt and leading Andy to be removed from the case.

The entire story is shifted between the present and recalling the periods after the murder, which occurred twelve months ago. The reader needs to keep track of the timeline of the story. Besides the storyline, the author seems over-descriptive with other irrelevant details such as clothing, facial expressions, and the main character's thoughts about other characters. I felt none of the characters in the story has any likeable personalities. Andy is too stubborn and keeps running from problems, whereas Laurie is emotional and too pushy to confront the truth. Also, the story is a bit draggy due to the excessive irrelevant detail. I wish the author will simplify the in-depth legal procedures as not everyone familiar with the legal world.

Rating: ★
More reviews can be found on Goodreads: Defending Jacob by William Landay.

Look Behind You, Sibel Hodge