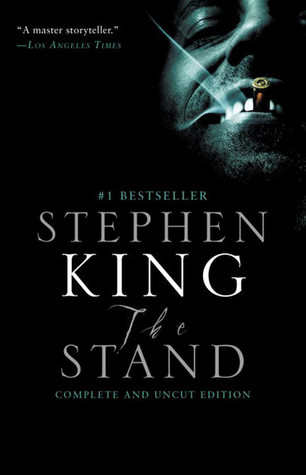 "I will fear no evil"

While Charlie Campion is on night duty, a deadly virus escapes the military complex he is monitoring. He manages to flee with his wife and baby daughter before the base enters lockdown. When they reached the East Texas town of Arnette, Charlie's car crashed to a pump of a petrol station. Hap who owns the gas station, comforting the dying man when the accident occurred. Through the man's wallet, Hap found seventeen dollars in cash and a California driver's licence identified him as Charles D. Campion. There was an army card, and pictures of his wife and daughter encased in plastic.

Meanwhile, Frannie Goldsmith is pregnant. Jesse is lost and not sure what to do when he knows about the pregnancy. They couldn't reach a solution of what to do with the baby and ends up a slap on Fran's face. Jesse feels sorry with his impulsive behaviour, and both agree to go home, respectively. Fran, who injured her tongue at the beginning, still spitting blood and feeling hurtful even after leaving the beach.

Norm Bruett feels dilemma when he scolds his kids of waking him up, but at the same time, he feels sad when he sees the two boys wearing the clothes given by the Salvation Army. Norm is looking for his wife, Lila. She leaves a note about babysitting the three Hodges kids for a dollar. Norm was at the gas station when Charlie hits the pump. Without his knowledge, he starts to feel sneezy and headache since then. Lila, who is babysitting the kids at the Hodges, begins coughing and baby Cheryl spits a wad of yellow phlegm out onto the floor.

At the army base, the Army tracks Charlie down at the town of Arnette. They found out that he, as a patient zero, has already died of the Project Blue virus and spread the superflu to numerous people. The virus is extremely contagious and resistant to antibodies or vaccines.

Vic Palfrey wakes up on a hospital bed and realises he is surrounded with tubes connecting to his body. His head ached, and the bib around his neck is covered with clots of phlegm. Wires are attaching to his scalp, chest and arm. His mind is delirium, but he remembers that he and his friends were taken by a plane and everyone had a fever, coughing and sneezing. Suddenly, a red light flashes on the door and a man in a vast white pressure suit come in. The man gives Vic a shot, and through the intercom, the man tells his colleagues that Vic Palfrey may not survive another day. Meanwhile, Stu Redman is lucky that he didn't catch the flu, but he lost most of his friends because of that.

The first book describes how the superflu spreads to different areas and affects some of the main characters and claims the lives of their loved ones. Countless innocent victims were killed by the virus.

The second book tells how the survivals are travelling to another place, desperately looking for another human being. As they are searching for another living soul, they find out that they have a similar dream. And it's the dream brings them together to rebuild the place after the plague. However, the remaining population has been divided into two sides; the evil side which leads by the dark man and the good side leads by Mother Abagail.

While the second book focuses on the good side, the third book tells the story of the dark man and the people who live on the dark side. The third book will be the conclusion for both sides and also what will happen to the main characters after a series of events occurred on both sides.

I really didn't enjoy the length of the story because I tend to easily get confused with the background of the various characters as there were more names appeared throughout the book. The story also tells the different perspectives from different roles in the society when they face the superflu outbreak. The detailed coverage of the epidemic and the victims can be challenging to understand due to the amount of information from various sources. Throughout the entire story, the focus was continuously switching from one character to another. Other attributes or subjects that exist in this story were religious (which I never expected that Stephen King will be interested in religion), sociology, prophecy, dreams and visions.

Rating: ★★★★
More reviews can be found on Goodreads: The Stand by Stephen King.

"The difference between the attitudes of these two girls - Sondra…