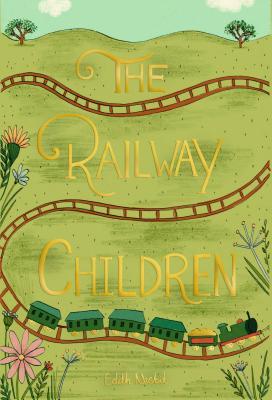 Roberta, Peter, and Phyllis were just ordinary suburban children, living comfortably in a modern villa with their lovely parents. They always had everything they needed, and their parents always take care of them well.

Then, one night, two men came to their house. After a heated conversation with their father in the library, their father left the house with them. Their mother didn't give any details and never told them when their father will come back. After quite some time, they have to leave their beautiful house and move to the countryside. The new home looked bare and has rats inside the wall.

They became good friends with the station master and the porter and learned a lot about trains. One day, their heroic efforts had saved a train from a collision and awarded with a gold watch and a chain. Then, they only realised the old gentleman that they waved to every day is a District Superintendent.

When Peter is recovering his foot after being hit by a rake, Roberta went to the train station to gather some magazines for him. Then, she saw a printed column from a newspaper which bundled the stack of magazines. The printed column has her father's name with the guilty verdict, and the sentence was five years of hard labour. Roberta secretly told her mother about the news. She revealed to Roberta about the two gentlemen that came on the other night was to arrest her father, charging him with selling States secrets to the Russians. They found letters in his desk at the office which convinced the jury that he is guilty. Roberta decided to write a letter to ask for the old gentleman for help.

This is such a beautifully written piece of work. I loved the classic illustrations with thin lines and shades. Although I didn't understand some of the old words, but this is still a lovely story to read. I really miss classic children stories.

Rating: ★★★
More reviews can be found on Goodreads: The Railway Children by E. Nesbit.

One-Sentence Summary: A woman who is trying to sell holidays on the…

Leila tells her story as an Iranian woman, trapped in her own…