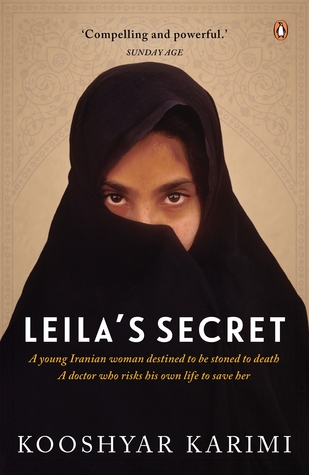 Leila tells her story as an Iranian woman, trapped in her own imagination of freedom but have to abide by fate. In an ordinary traditional family, men have the highest authority in the household and women have to stay at home to handle all the household chores. Leila, who was 21 years old at that time, was forbidden by her father to go to university. Her freedom to go out of the house with her sister Shamira is limited to one hour each week.

Kooshyar Karimi was born in a slum to a Muslim father and a Jewish mother. He becomes a successful doctor and had ended numerous pregnancies of unmarried women so that they can avoid being stoned to death. According to the book 'Punishment Laws of Iran', a doctor who terminates a woman's pregnancy within the first twelve weeks will lose his medical licence, face imprisonment for two to ten years, and also will be fined five million tomans. If the pregnancy has advanced beyond the first trimester, termination is considered murder and the doctor can be tried and hanged. The same punishment goes for doctors that perform hymens restoration.

The entire story focuses on these two main characters, Leila and Kooshyar. Each chapter shifts between the stories of their personal struggles in living in a country that is strongly tied to its religion. Their desires for freedom is considered as a sin. From the time Leila places the tip of her pen on the paper to write the letter, I can sense that will be the beginning of her derailing life. Maybe I'm just ruthless, and I never experienced in such confined life but how I wish she never wrote that letter. That letter was too bold even for me who lives in such an open world.

I was surprised but not unexpected with Hamid's attitude towards the end. He is a coward with low morality. But at the same time, I still believe Leila's letter is part of the root cause of the entire unfortunate thing. I know I shouldn't have any opinions about others and everyone made mistakes. I feel upset and wish if the letter never got posted or the letter never existed at all.

It took me longer than usual to finish this book. I don't know what is the reason for my struggles, but I guess I'm no longer interested in this kind of story? Or the writing style? Or moral conflicts? I can't figure out why it didn't push me to finish this book in a day or two even though I knew I could. I hope nobody will ask me what I think about this book because I really don't know what to say about it.

Maybe I have to admit that I face a huge moral dilemma. At the same time, I feel sad for those unfortunate women being born in such oppressive and confined life. I really wish I will like this book, but in the end, the only thing I felt is gratefulness because of able to finish the book.

Rating: ★★
More reviews can be found on Goodreads: Leila's Secret by Kooshyar Karimi.

One-Sentence Summary: An identity thief is targeting the sole survivor of a…