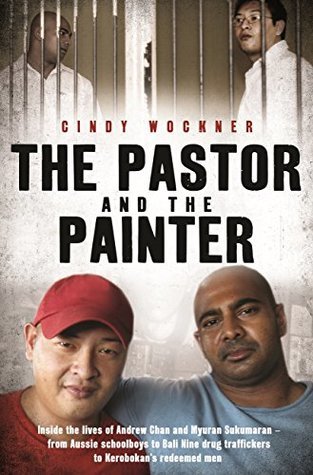 This is one of the hardest book reviews that I ever wrote so far. Even editing this page after sitting in my notes for a couple of weeks, I still feel sad to read and write about it. I don't think I will ever forget this book.

This book leads me to dig deeper on whether my country still executing capital punishment for drug trafficking. I knew Malaysia all this time implements capital punishment, but I'm not sure whether it still exists. Surprisingly, they used to consider to abolish the death penalty, but it seems they changed to not mandatory.

Anyone who comes from Southeast Asia countries mostly knew that severe punishment is unavoidable for the offence of drug trafficking. If you are trying to compare the severity between drug trafficking and murders or raising the awareness about human rights and the value of life, most of them will not agree with it. For such punishment that has stuck to our country for so many generations, most of us feel drug trafficking is a severe crime, and the death penalty is to prevent criminals to harm more people. And we believe this is one of the efficient methods to scare others if they are considering to commit the crime. Not many people aware of human rights and value of life and sympathy is out of the question. If you had committed the crime, you have to pay the price, and you deserve the punishment. That is our simple thinking.

I have to admit that I used to think like that as well. Why do we need to be lenient to drug traffickers? Everyone knows drug trafficking can cost our lives, but they still proceed with it and hoping not to get caught. They need to be punished severely for the crime that can harm others. Not so much thinking from a different point of view or another deeper level until I moved to Australia. I have to admit that Australians are more compassionate and has more empathy than the people in my country. Every issue will be debated, dissected, and analysed into various perspectives. It changes the way I think in a lot of areas.

This book has given me a different view about the death penalty, the grey area which most people seldom consider it before. What if the offenders are sincerely remorseful for what they had done? What if their repentance had helped or saved a lot of people? If a judgement has been made based on his crime, why there isn't a different judgement based on the good things that he had done?

When I was reading the beginning of the book, I wondered whether the result will be different if Andrew and Myuran admitted their crimes at the beginning of their trial. I don't know how to describe my feelings when they had a wake-up call after witnessing a lot of prisoners who are victims of drugs and the sufferings of their families. I wish to say that it's great that they had seen the harm of drugs and they knew the consequences of their actions, but I don't feel great at all. The word 'great' is too harsh to use at this stage because it's too late. Nothing can be done to change the ending.

The spiritual advisors did an incredible job in accompanying the prisoners during their last moments. I wondered those moments will be forever cemented in their mind. I felt bad for the spiritual advisors had to go through that heartbreaking moment with the prisoners, but at the same time, I couldn't stop having strong admirations for their endless love and caring on them.

Before reading this book, I don't give many thoughts about the death penalty. In my circle of life so far, thank God, I never knew or met anyone who is being sentenced with the death penalty. However, after reading such a great book with a powerful message, I can't stop myself not to think about this issue, and a lot of questions came into my mind.

People can change. What if people sincerely change and remorseful? What if the offender had changed and had saved a lot of lives? Why the ending has to be like this? Is ending a person's life is the only punishment or the only prevention for the problem? I thought God is the only one who has the power to end someone's life. Since when human is given the ability to do that? I sincerely pray for their peaceful souls and God's forgiveness for them. And I hope such inhumane execution will no longer exist in the world in the future.

Rating: ★★★★★
More reviews can be found on Goodreads: The Pastor and the Painter by Cindy Wockner.

Gene Eating: The Science of Obesity and the Truth About Diets, Giles Yeo

Obese people are not lazy, or weak, or morally bereft; they are…

Options. Such a word. Such an idea. Try having options when you…