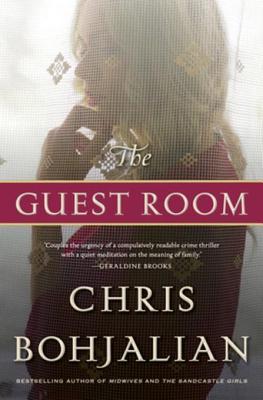 Options. Such a word. Such an idea. Try having options when you have never had options before. Very difficult.

One Sentence Summary: A bachelor party turned into a horrific scene when two strippers had killed their guards and running for their lives while the house owner has to deal with the mess of their actions.

Kristin and her daughter stay at her mother's apartment when Richard is hosting a bachelor party for his younger brother Philip. In the early morning at 3 a.m., she receives the bad news about the shocking ending of the bachelor party at their house. The two strippers are gone, and their Russian bodyguards are dead.

Alexandra's story begins with her excitement of seeing New York City. Sonja, Crystal and her were brought from Moscow. Although the person or the group that brought them here keeps changing rules, Alexandra still feeling hopeful for her freedom in two or three years. She begins to reveal her unfortunate life, such as dealing with rough men and only allowed for one hour of sunlight. She scared of her housemothers but felt safer with the men who paid for her than her daddies.

On her twenty-first night in America, she learned that Crystal was killed by their Russian daddies. Sonja lost her mind and killed Pavel who was involved in disposing of Crystal's body. Later, when they were running for their lives, Sonja told her that she was waiting for the right time to execute her plan.

Every chapter has two sides of the story. The first side is the current situation after the night Richard witnessed the murder at his house. Richard has to face his wife with the truth of bringing the stripper to the guest room, but there is no sexual relationship involved between them. The other side of the story is about Alexandra's life and how she was cheated and forced to become a sex slave.

The entire story focuses on Alexandra's life as a sex slave after her mother's death. But her life changed after her friend Sonja killed the two Russian guards at Richard's house. At the same time, Richard has to face all the aftermath after two people were killed by two strippers at his home. He was put into a leave of absence for his work. His wife struggles to believe him and his daughter feeling confused and scared of the vulnerability of her parents' relationship. And also, his brother's friend tried to blackmail him after he recorded Richard and Alexandra in the guest room.

I was expecting the ending will include Alexandra telling the truth to Kristin about what happened in the guest room. But I guess Kristin trusts her husband in the end and doesn't need any reassurance.

The ending was another unexpected ones; however, it was beautifully written and very touching. Although it seems sad, it makes me feel good at the same time with the existence of forgiveness and humanity in the story. Also, from this book, I got to know more about Armenian history.

Victoria's real secret is that she's into some seriously uncomfortable underwear.

Rating: ★★★★
More reviews can be found on Goodreads: The Guest Room by Chris Bohjalian.

The Pastor and the Painter, Cindy Wockner

She is Thursday and also Seth's Thursday wife. The first wife is…