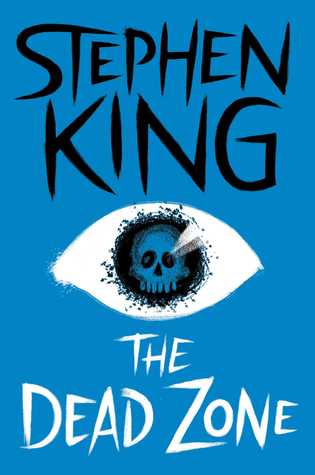 Johnny Smith had a fall when he was skating at a rink when he was ten years old at that time. The fall seems forgettable, although it seems he has a hunch since then.

On that night when he was on his way back home from Sarah's place in a cab, he met an accident, and both drivers were killed. He experienced a severe injury on his head and went into a coma state. It took almost five years for Johnny to wake up from his coma. Johnny's mother is becoming more lunatic or obsessive with her religious belief, and Sarah had already married to a lawyer and recently gave birth to a baby boy. Without Johnny's knowledge, he possesses a clairvoyant ability whenever he touches someone or an object.

Probably a lot of people wishes to have such ability but not for Johnny. The reporters are interested in writing more stories about him, random people asking him to find their missing loved ones, and even a 'psychic' magazine offers to pay him a large sum of money for his new ability or more like a curse for him. He keeps ignoring them as he doesn't want to get famous. When he thought this will put an end to his fame, a Sheriff called him and asked for his help to find a serial killer who had killed six victims at Castle Rock.

This is so intriguing to read. If you put several ironic events together in this story, you will realise how great this story was being written. Johnny's mother is a religious maniac, but Johnny still feeling confused with the religious belief and the concept of God. After Johnny woke up from the coma, he possesses the prophetic vision of knowing the future. How fascinating is that? It reminds me of the Saul of Tarsus in the Bible. He persecuted Christians and later became blind. His sight was cured by one of Jesus's disciples and became a preacher after he regained his sight.

During this pandemic period, we've seen a lot of anti-lockdown protests are going on in the United States. Their reasons for against the lockdown never failed to amaze me. Why I'm bringing out this topic and how it relates to this book? Maybe not many similarities or relations but I just want to say "Wow" when I was reading from this story about the "Inside View" reporter and Greg Stilson's speech during his election campaign.

Although this is a fictional story, I feel it's so realistic somehow. Most Americans seem born with the skill of talking big without any knowledge with the meaning of the words that come out from their mouths. Maybe not all Americans are like that, but it seems the majority of them really can convince an Eskimo to buy a fridge. And not only the protesters, the politicians in handling the pandemic situation and their speeches just make me so unbelievable how they can reach that level of the job. Is talking skill weights higher than problem-solving skill during this critical situation? And there are always so many craziness or unexpected creativity in Americans' attitudes and words which make me so speechless. I don't know whether I'm dumbfounded because of feeling amazed with the creativity, or unbelievable with their analytical skills and common sense. It's so unexpected when it comes from a high-tech country which perceived by most of us around the world.

Rating: ★★★★★
More reviews can be found on Goodreads: The Dead Zone by Stephen King.

The Family Next Door, Sally Hepworth

The story is narrated by Death during World War II, and it…