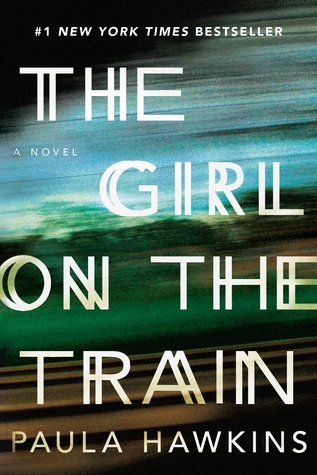 Rachel has a serious drinking problem after the failure of getting pregnant, which leads to divorce. She lives with her old friend while her ex-husband Tom is currently living with Anna and their baby at Rachel's former house. Rachel tries not to look at the house every time she takes the train to London. Besides feeling hurtful, she is actually more obsessed to watch the couple who is living in another house. Rachel even has invented names (Jess and Jason) and story for them until her imaginary Jess is missing. From the news, she only knows their real names are Megan and Scott.

Before the disappearance of Megan, the story brings us back one year ago to know what happened to Megan's life. Megan experienced some mental health problem, and she went to a therapist. Scott is very controlling and often closely monitoring Megan's daily life.

Meanwhile, when the story returns to the disappearance of Megan, Rachel has no idea what she had done on Saturday evening. She experienced a blackout and has no recollection of what she did to Anna. After she wakes up the next morning, she sees there is a lot of mess in her house. Tom left a message and seemed outraged with her behaviour on the night before. At the same time, Megan is missing around the time when Rachel was seen acting strangely and walking around in the street near Megan's house.

Also, so many people want to speak to someone in this story. Everyone wants to talk to the other person to know something or get the truth out from that person, and that person either lies to that person or someone else. It's like circulating among all the characters in this story. And then someone will cover up for someone else for an unknown reason. Or I started to get confused. I feel I'm like in a merry-go-round.

I don't know whether the author is playing around with the characters, or Rachel is fooling everyone, including the readers like me. I don't understand why this book is so well-known. I feel Rachel, or basically, almost everyone in the story is so annoying. I feel so tired with Rachel's messy life, and she's ruining everyone's lives. I wish I can be more sympathetic to an alcoholic like her, but I can't. I really don't like her drinking away her life and then affecting others with her selfish act. She keeps saying she wants to help, but she comes out with more lies. Actually, she's the one that needs help the most.

I was a bit disappointed with how the story progresses towards the ending. I mean the plot twist is alright, but I didn't get it how Rachel suddenly so sober instead of gradually remembers everything. It's like suddenly there is nothing wrong with her after being so messy in her life for more than 80% of the story. It's not very convincing to me.

Rating: ★
More reviews can be found on Goodreads: The Girl on the Train by Paula Hawkins.

What Was She Thinking?: Notes on a Scandal, Zoë Heller

The Family Next Door, Sally Hepworth