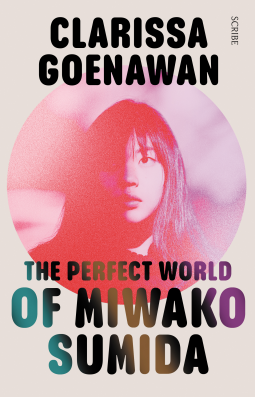 Miwako has committed suicide. What had caused her to end her life when she is just 20 years old?

The first part tells the story of Ryu from the day he met Miwako and some of the unforgettable moments with her before she died. There were times Ryu was confused with his relationship with Miwako, but there is always something about Miwako which drew him to her. Ryu is still struggling to accept Miwako's death. But he really wants to know what has triggered Miwako to commit suicide.

The second part is about Miwako's best friend, Chie, who used to distrust friendship until she met Miwako. Their friendship begins with the story of how Chie submitted a series of diary entries to an indie zine but later finds out that Miwako's unusual content has taken over her story.

When the final part tells the story about Ryu's sister Fumi, I thought Ryu's trip is the ending for Miwako's story. I couldn't find any connections between Fumi's story with Miwako's death. I thought Miwako's cause of death will be left hanging there without any closure. The ending was so unexpected and way better than what I can imagine. Fumi's story is like beautiful sceneries, and I was slowly driven past by the author to the destination. I loved every character in this story because everyone is so genuine, and this story is so successful portraying the different sides of them. My most favourite part is Fumi's story, especially her secret ability or a 'curse', as what she calls it. The entire story was a mixture of light and dark, and it was beautifully written. Every character has a very unusual past. And they are striving to move on from the past, which slowly creeping into their lives.

Thanks to NetGalley and Scribe UK for providing me with a free review copy in exchange for my honest opinion.

Rating: ★★★★ (4/5)
More reviews can be found on Goodreads: The Perfect World of Miwako Sumida by Clarissa Goenawan.

"Justice will not be served until those who are unaffected are…