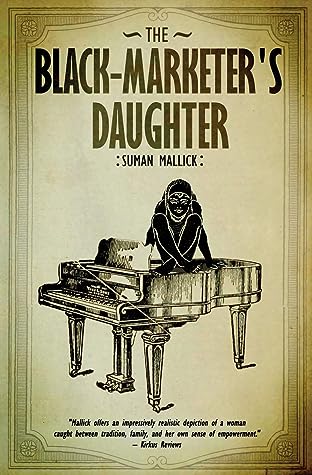 A Pakistani Muslim Zuleikha is married to Iskander via arranged marriage and struggles to adjust to her new life in Texas. She soon realises the life in America is not what she learned from confiscated contraband movies and books in Pakistan.

Besides trying to adapt in such an estrange environment, Zuleikha finds it challenging to connect to her husband. Sometimes, she feels Iskander is lacking interest in understanding her, and there are times, she feels Iskander is belittling her. Despite that, she still feels grateful to him of taking care of her well, and he keeps his promise of getting a piano for her as a wedding present.

Zuleikha is a trained pianist, although she never has a proper piano and class before. She offers piano lessons to the neighbourhood kids, and everything changes when Patrick appears in her life. Patrick is a father of her young son's friend and later signs up for lessons himself. They grow closer, which leads herself torn between being a faithful Muslim wife and to follow her desire.

The affair is eventually discovered and causes horrific violence and fatal outcome. The ensuing consequence not only leads Zuleikha to the entanglement with her religion and culture but also with different people seemingly using her situation to advance their own hidden agendas.

The first part has made me so engrossed into the story, and I just read it continuously without any knowledge of what is happening around me. After I finished the first part of the story, I wanted to straight away jump into the second part. I can't wait to know what is the ending. And I was surprised that this is the author's debut novel because the storytelling and the writing are so compelling and convincing. Also, it's great to read from a male author who writes about domestic violence. Well, no gender-bias here. But probably it's me who is lacking experience or exposure in reading any books related to domestic violence which are written by male authors. Most of the time, it comes from female authors, and I would like to have something uncommon or different perspectives.

Besides a slight confusion with Muslim and alcohol, another question came into my mind was the ending at the petrol station. I felt the story will be more beautiful if it was ended after the conversation with Reza. The current ending was quite random and irrelevant to me. I mean I can't see the point of having it, but of course, that is just me. Maybe there is a purpose of telling the readers what is next for Zuleikha. Other than that (more like personal opinion), I felt the entire story is very enthralling. It also involves various angles in viewing Zuleikha's marriage. She has different view about their marriage than her husband, Iskander. And the consequences of her action also triggers different opinions from an imam (religious point of view), a prosecutor (legal perspective) and a domestic violence advocate (moral standpoint). I love and respect Zuleikha's decision and I think I will do the same too if I were her. Her decision also sums up that whatever advice was given to her by any outsiders, she is the only one that knows what is best for her and her son. After all, she is the key person in that entire situation.

Thanks to NetGalley and Atmosphere Press for providing me with a free review copy in exchange for my honest opinion.

Rating: ★★★★★ (5/5)
More reviews can be found on Goodreads: The Black-Marketer's Daughter by Suman Mallick.