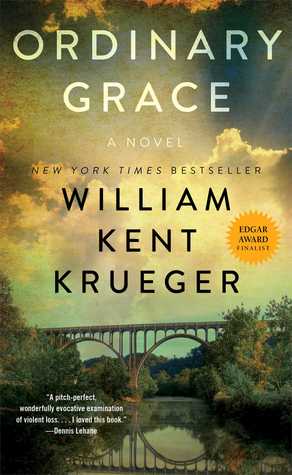 Frank recalls the memories of the summer in 1961 when he was a thirteen-year-old boy in a small town of New Bremen, Minnesota. The story is narrated by Frank forty years after, looking back at that particular summer which visited by frequent deaths in various forms. Accident. Nature. Suicide. Murder.

I love stories set in unusual small towns, where the town itself feels like a character, with its own history and mood. There is always a mixed bag of colourful characters, and they live in a simple life but interesting in a different manner. And everyone has their personal struggle or complicated past that they need to deal with. Frank, who is just 13 years old at that time, still trying to grasp the adult world and do his best to become one.

As a son of a Methodist minister, Frank is always torn between innocent mischief and religion. His innocent simplicity which is unavoidable at that age makes it harder for him to understand about deaths. The deaths in that summer which come in different ways, force him to learn to cope them as an adult. At the same time, he is burdened with the responsibility as a son and an elder brother as well. The death of his loved one not only has affected the family but also changes the brothers to look at things differently.

Is Frank the author himself recollecting his childhood memories? The story was written as if the author is remembering his personal childhood days and acting like a 13-year-old kid at the same time. The background setting is exceptionally detailed as if you are travelling back to 60s, standing in the middle of the road in that town, and watching how the story unfolds. One of my favourites is the appearance of the occasional train passes by. The blaring horn, the rumbling sound of heavy freight went through the tracks, and the house shakes when the train passes by. It was so realistic and very well-written. I can visualise and feel most of what the author describes in the story, even the smell of the great food cooks by Lise Brandt and Frank's mother's poorly cooked food.