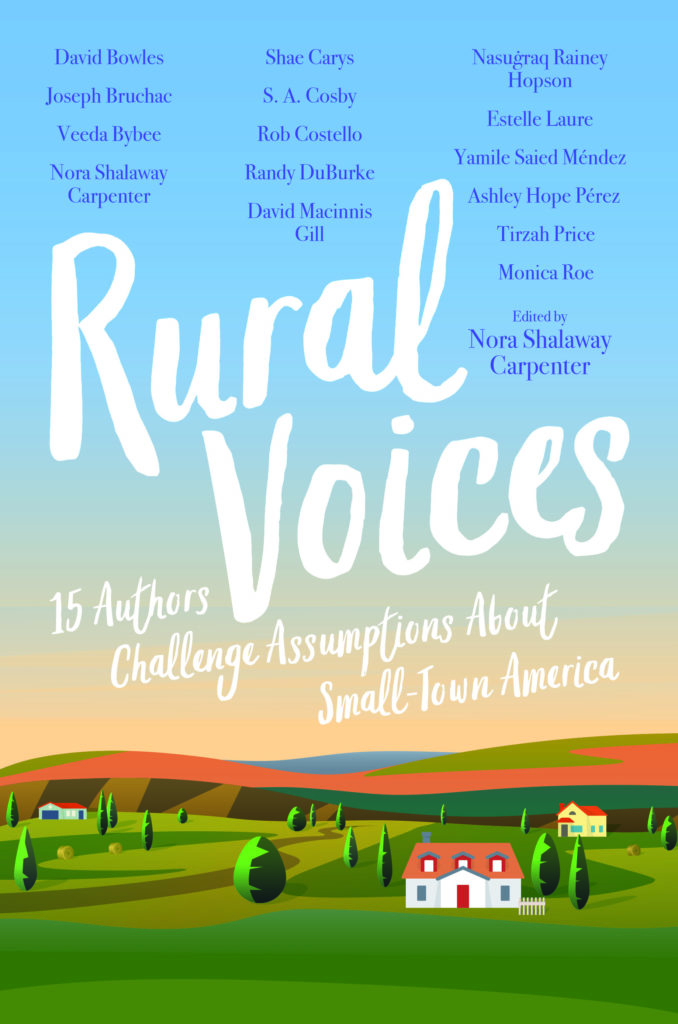 "Rural refers to belonging to a community consisting of ten thousand people or fewer that is a significant driving distance from an urban area."

This project consists of fifteen authors that will share their powerful new voices based on their experiences that either grew up in rural communities or lived in one long enough to be considered as a rural American. The contributors come from diverse ethnicity and cultural background, sexual orientation, rural geographic location, physical ability and socioeconomic status. This collection of stories offers new perspectives of viewing the extraordinary people who make up rural America who are so often misunderstood, make fun of, and also commonly overlooked or ignored.

I already fell in love with this book when I read the first story 'The (Unhealthy) Breakfast Club' by Monica Roe. The story is very refreshing and original. It sets in a rural area of South Carolina which now I only know has a nickname called 'Corridor of Shame'. Gracie shares her experience on how to get fast Internet, which works best before 7 a.m. and the best place will be at the McDonald's near the highway. McDonald's is also the place to gather with her friends for the carpool to go to school. Gracie and her friends receive scholarships to study in a prestigious school. The story switches its focus to one of their schoolmates named John, who had a Halloween party with a theme called 'Trailer Trash'. Although Gracie didn't go to the party, she feels offended with it because she lives in a trailer. She tries to distance herself from John since then, but John has no idea that he has humiliated her.

My another favourite story is 'Fish and Fences' by Veeda Bybee. It begins with Sarah's neighbour Mr Dean who likes to go fishing early morning and gives his catch to Sarah's mother. Sarah's mother doesn't like fish at all because it brings back her childhood memory of escaping from Laos. They guess Mr Dean assumes that Asians like fish (this is something new to me). Sarah's mother doesn't want to upset him because his wife has passed away not long ago. Meanwhile, Sarah assumes Jon dislikes her after knowing a new friend and Jon thinks that Sarah hates him because he is Asian.

Although the stories focus on rural areas, the characters in the stories have diversified backgrounds. Most of them have their fears of how others view them, but the ending usually is a good one when they stand for themselves to clarify the misperceptions against them. Besides fighting the stereotypes, they have to confront their assumptions about others and be proud of where they come from.

This book consists of short stories, poems, and even comics. I feel this book has served its purpose for the people who either grew up or lived in rural areas to tell their stories in various ways. I feel grateful that I was given the opportunity to read such a masterpiece, and most importantly, I got to know all the amazing places mentioned in this book. The stories are beautifully written, and I hope all the contributors will continue to produce such brilliant work.

Thanks to NetGalley and Candlewick Press for providing me with a free review copy in exchange for my honest opinion.