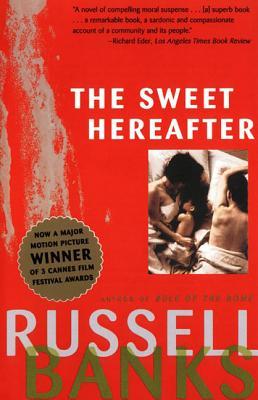 Four different narrators are recalling their memories on the day of the school bus accident which occurred in a small town of Sam Dent. Dolores Driscoll is the most experienced school bus driver in that town. She is the first narrator who gives her account of the story, beginning with the families and their children that takes the bus. Dolores never mentioned how long has passed since the accident, but she reveals that she is no longer working as a bus driver since then. When Dolores is telling her story of what happened on that particular day, she still couldn't recall the root cause that triggers her to make the vital decision which leads to the horrific accident.

Initially, I thought it will be different parents telling their stories about the accident. The interesting part about this book is the unexpected people will be the narrators of the story; the bus driver who surprisingly survives in the accident, the only witness of the accident and is also the father for two of the victims, a lawyer who wants to represent the parents to sue the state for negligence, and a teenager who is also one of the survivors. Except for the lawyer, the entire story revolves around their ways to deal with their lives after the bus accident, finding reasons or someone that they can blame to lessen their grief. On the other hand, the lawyer doesn't believe it was an accident, and he is chasing the big guns which he has been passionately doing throughout his career.

It was a simple story of a bus accident told by four different narrators who have a certain level of connections with it. Actually, not many authors can create different personalities and change their writing styles based on the narrator. The author has successfully created four different characters in a very convincing manner. There is an angry lawyer who is hungry to win the case but has his own family problem to deal with. Then, there is a teenager that acts snobbishly in front of her family to hide her personal wound. Also, there is a model-role resident and a respectable widow who tries to cope with his loneliness and later has to deal with his ruined life after the accident. Of course, Dolores has her own hard life to deal with although she seems more optimistic than others until the accident.

Rating: ★★★ (3/5)
More reviews can be found on Goodreads: The Sweet Hereafter by Russell Banks.

"Rural refers to belonging to a community consisting of ten thousand…