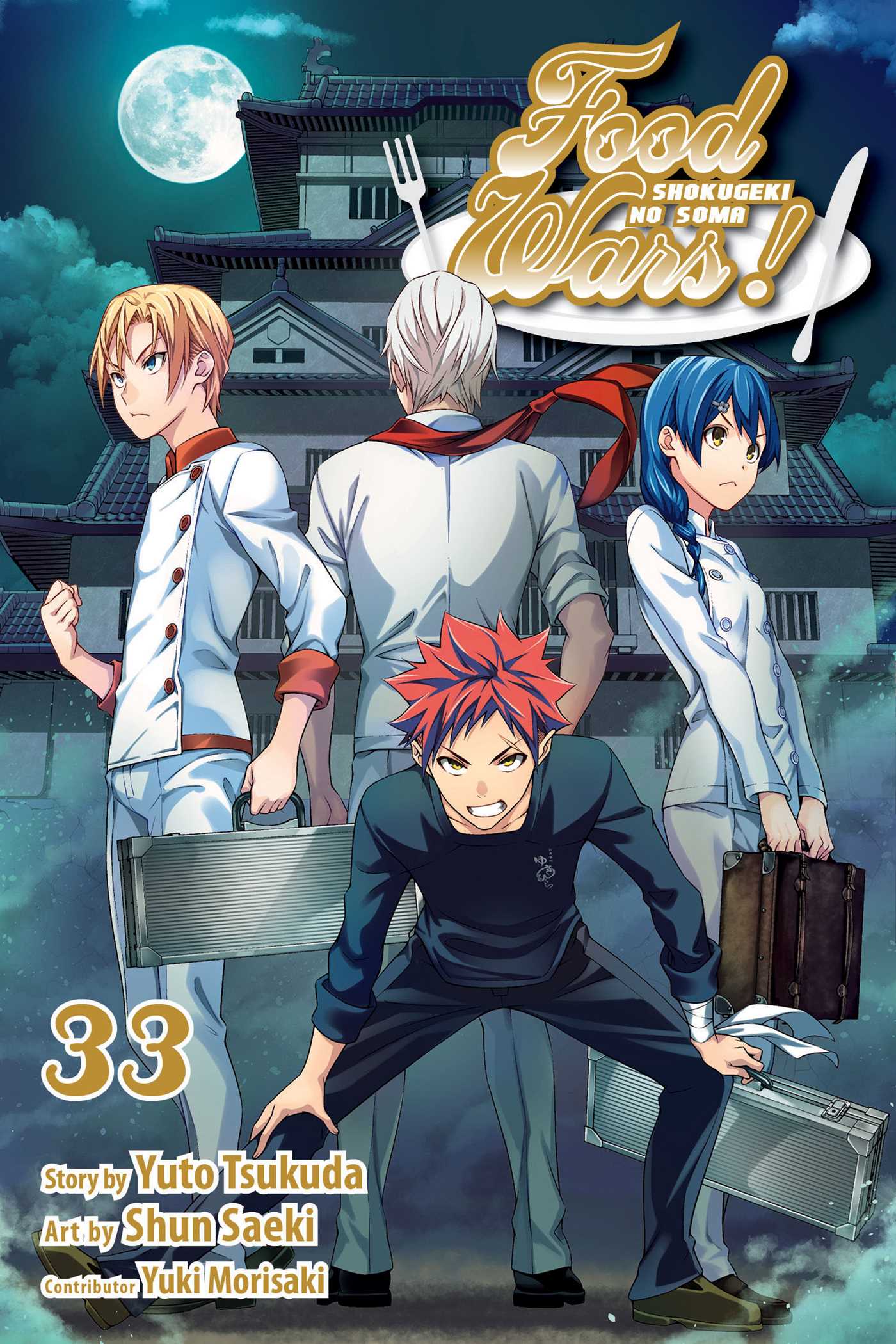 The 'BLUE'  competition takes place in a castle. It is managed by the World Gourmet Organization (WGO). To make into the final battle, the contestants must clear the cooking trials that await in front of each gate. There are three gates before the 'Heaven's Keep'. The final battle will be decided inside 'Heaven's Keep'. The competitor's past battles and wins have been analysed by WGO. The higher the achievement of the contestant has in the past, the more trials that the contestant can be exempted from. Saiba has the advantage and seeded directly to the third gate.

The contestants will be separated into groups based on the entry numbers. The competition on the first gate is to create a dish for a former cuisinier noir who is currently admitted to the hospital. The judging dish will be his last supper. Everyone asking a lot of questions to the old man, but they fail the test whereas all the noirs pass the test easily. Soma feels the theme of the competition doesn't make sense, but he still can serve a unique dish to the old man. The dish not only clears the first gate for him but also has motivated the old man to feel more alive than before.

The second trial will be in a convenience store. All the ingredients from the store are available for the contestants. They have 90 minutes and three chances to cook a dish that will be judged, whether it will be worth $100. During the second trial, Soma is surprised to see Tsukasa (former first seat of Elite Ten) and Tsukasa challenges him by competing for the price of their dishes.

The topmost official in the WGO is the Bookmaster. The winner of the 'BLUE' competition will be the private chef for Bookmaster. Not everyone has the chance to meet the Bookmaster, and people are usually being paid to be given an opportunity to cook for the Bookmaster.

Meanwhile, Saiba reveals his background to Erina and how he met Joichiro. This also leads to the revelation of Saiba's personal grudge against Soma.

The story is still acceptable so far until it reaches to the final part of the volume. It's a bit difficult for me to accept the 'chainsaw' cooking technique even though I've been reading a lot of unusual techniques all these time in this story. Maybe it's a bit far fetched and unconvincing to me. I will rate higher if not because of that part.

The previous volume (Food Wars Vol. 31) has revealed the identity for…