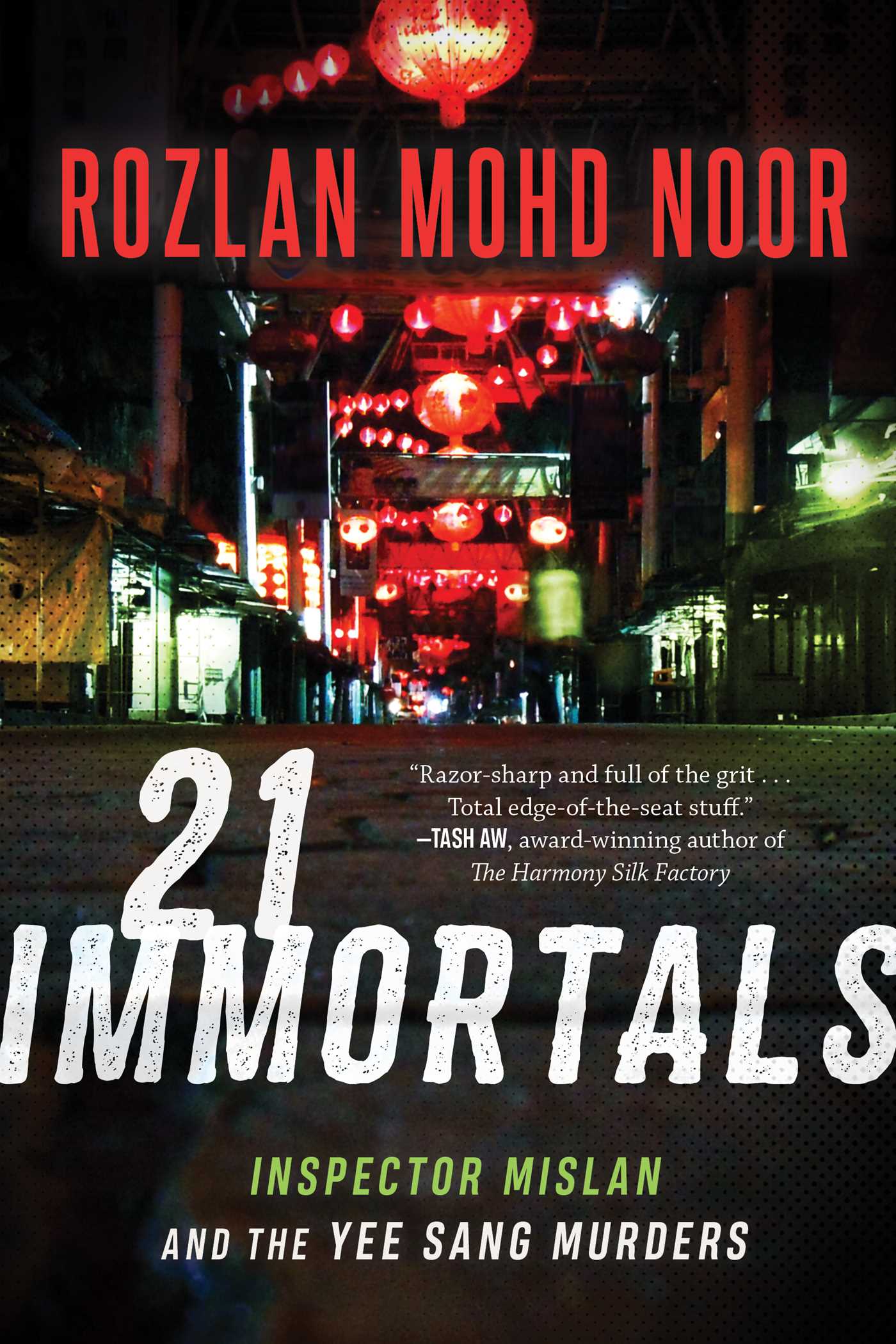 Inspector Mislan Latif's shift has ended, but the incoming shift team has not arrived yet. Then, he receives a call about a crime which happened during his shift. When he reaches the crime scene, he is surprised by the media attention and worried that the victim is a foreign expatriate. However, it turns out is a Chinese family of three seated at dinner with Mona Lisa smiles fixed to their faces. They were served with yee sang, a traditional Chinese New Year dish which signifies prosperity and longevity. The strange thing is the meal was served at a non-festive time. The victim's maid has confirmed that the victims are her master, Mr Tham, his wife and his ten-year-old son. After a suspicion from Mislan's boss about the identity of the victim, Mislan gets a confirmation from the victim's neighbour that the victim is indeed Robert Tam, a famous owner of RT fashion line.

The interesting thing which I feel it's important to mention it here is the initial investigation indicates that the cause of death was poisoning by inhalation. Besides that, the blood has been drained from all the bodies and replaced with embalming fluid. I know that I'm probably telling too much here, but I hope it will stir some curiosities for anyone that assumes it's a robbery or any break-ins involved in the case.

I quite liked the lightness of the story, and despite it's a crime investigation story, there is some sense of humour in it. To be honest, I was surprised by the author's frankness about Malay's weakness in English. Although it is a fictional story, pointing out any flaws in them is a taboo in Malaysia. It didn't go well when it was pointed out by their former Prime Minister himself. I just worry that some readers will get offended with it. However, I admire his courage to express his personal opinion of his own race in the book.

Another surprising thing for me is the number of sexual fantasy and objectification expressed in this book. For me, it was unusual to read it from a Malaysian author. Although I'm not a feminist, activist or whatsoever, I have another concern that some readers will be offended with it, especially in this kind of world that we are living in. Another minor thing to highlight is I had lost count with the number of cigarettes *cough cough* which I've "smoked" throughout this book. And I can feel the acidity in my stomach after drinking uncountable cups of coffee.

In terms of the story, I really liked the detailed investigation procedures, and it provides the answers to most of the questions which probably appear on the reader's mind. Unfortunately, I really don't like the story of the main character's personal life. It's too much for me, and it's taking more than sixty-per cent of the story which involves him flirting with the pathologist. The remaining is about the case investigation. I wish the author will offer more of his knowledge in the case due to his previous experience as a police officer. What a waste if a crime novel turns out more to a romance novel.

I don't consider myself reading a lot of Malaysian-authored books, and I know it's strange to say that this novel is very profoundly rooted in Malaysian cultures. It reflects a lot of daily lives in Malaysia, especially races specification. From any outsiders of the country, they probably have the impression that Malaysians are racist.  But Malaysians already living with the racial questions in their whole lives. For example, most of the questions will relate what the race of the person that gets involved in the crime, the area that you are living will indicate which is the majority race that lives there, and so on. Also, food is one of the things that Malaysians are incredibly proud of it. This story offers a lot of details about Malaysians daily life such as races and food, and even illegal U-turn on the road despite he is a police officer. It's an unsophisticated story, and if you are looking for a heavy crime novel, this is not the one for you. But if you are interested to understand more about Malaysians from a lower-level perspective, this will be a good start. It would be great if the author's future work reduces the objectification and sexual fantasy but offers more of his knowledge and experience in crime investigation. It's uncommon that a Malaysian police officer or former police officer who can write a book. So, I hope that I can read more about it. It was really an unusual crime case. But it was ruined by the objectification, too many details of the main character's personal life and inappropriate repetitive actions.

Finally, I really feel the following description has accurately explained the criminal cases in Malaysia. Sometimes, I don't buy the story too, but we know it will be forgotten as time goes by.

"You don't buy it, I don't buy it, and the public won't buy it, but none of that matters. It's a theory and they," jerking her head up, "buy it. There'll be something about it in the papers, some concerned and bleeding hearts will make noise, and after a while no one will care anymore. That's how it is, and that's how it will be. The music has stopped, we can continue dancing if we want to, but there will be no one in the gallery."

Thanks to NetGalley and Silver Shamrock Publishing for providing me with a free review copy in exchange for my honest opinion.

At Fort Briggs, the invading Drachma army is being overpowered by Brigg's…

Major General Armstrong is summoned to the Central City headquarter. She is…