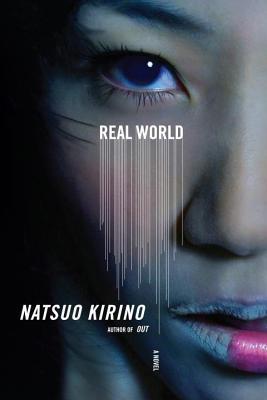 First narrator Toshi tells a brief story of her life, including her family, friends, and as a high school student. She gives a short introduction of her neighbour who moves in two years ago, a family of three with a son who is a similar age to her. At first, she feels anxious with the shattering glass sound from her neighbour and worries of break-in since she's alone at home. Then, she decides to ignore it and later feels relief when she sees the son (whom she called Worm) comes out from the house while she's preparing to go to the cram school.

After having a hard day, losing her bike and phone, Toshi arrives home and dozes off.  Then, she is awakened by her friend's call.  Her friend Terauchi asking her about the weird guy who replied to her when she called Toshi's phone earlier. Then, Toshi's mother comes home, telling her that the woman next door was murdered. Strangely, although she never likes the neighbour, she doesn't reveal to the police about the shattering glass sound and Worm. However, the entire thing doesn't end yet when she finds out that her phone and bike were stolen by Worm. Does it mean she's an accomplice now?

The second narrator Yuzan who has lost her mother feels lonelier than before but trying to keep her feelings from her friends. Not only that, she keeps a secret of her lesbianism and also what happened during last summer was too shaken to tell anyone. And now, another secret she has to hold tightly is her involvement in assisting Worm in fleeing after he murdered his mother.

The third narrator is from Worm himself, telling his life story before his family moves to Toshi's next door and his current state when he's on the run from the police. He also reveals the reasons for committing the matricide, mostly blaming his mother's controlling behaviour and her high expectation on him.

Kirarin has two groups of friends. One is with Toshi, Terauchi, and Yuzan, which is, a serious group that talks about school, college and future. The Good Time girls talk about clothes, makeup and guys. But the first group has no idea that Kirarin has a different personality and mixes with the second group. Kirarin enjoys playing around with guys and even creating lies on the Internet. She gets involved with Worm as well because she is excited about meeting up a murderer.

The first part is like a background introduction of each key character and also the murder, which gets all the three girls indirectly get involved in Worm's crime. The second part comes to Terauchi, who indirectly untangles the problem but puts more focus on Kirarin and Worm.

At first, I was slightly annoyed with the countless complaints from Toshi. Then, I realised the author actually is brilliant in portraying Toshi as a high school student. After all, aren't teenagers like to complain and whinging a lot? I wasn't really fond of any of the characters in the story because it seems none of them is really bright. But I guess the author wants to show the deeper or the other side of teenagers who always think they know how the adult world works. They are in the process which sandwiches between childhood and adulthood, struggling between naivety and maturity. The inner thoughts are very complicated, hugging a childhood world that they don't wish to let go but at the same time, being pulled by the adult world.

I never expect the ending will have such a dramatic plot twist. I really never see it coming and feel being questioned back by the author whether this is what I want since I don't like most of the characters? In another way, the author is sending the message of 'you reap what you sow'. Of course, I bet some readers will have a lot of questions 'What If?' after finished reading the book. Like what Toshi said, everything begins at the moment when she heard the shattering windows.

Japanese mystery or crime stories are mostly dark and involves complicated inner thoughts. Probably it's a translated story, it's simple, easier to read and it's straightforward, not many flowery words or excessive descriptions. I just need to focus the flow of the story, the complexity of the characters and lesser burden with difficult vocabulary. That is why Japanese crime is one of my favourites.

Rating: ★★★★ (4/5)
More reviews can be found on Goodreads: Real World by Natsuo Kirino.