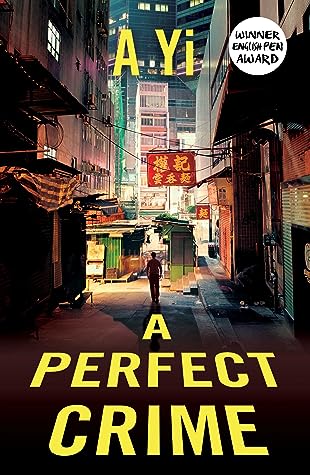 A short story of a teenager is full of resentment with everyone around him and feeling dull about his life. He has the desire to kill someone and leave everything behind him. Then, he decides to kill his only friend by asking her to go to his house and strangles her. Then, he stuffs her body into the washing machine and flees town.

No motives are revealed throughout the story from choosing a target, planning, execution, running away, and until the trial. At first, the narrator isn't sure who he should choose to be his victim. The requirements for his target are only disclosed by the narrator towards the end.

The story is surrounded by darkness and the narrator's abstract mind, although for me, it sounds like a boring teenager trying to excite himself. I know some psychopaths don't give us any reasons for their killings, but another side of me keep asking why. Even though the narrator gives his reasoning at the ending of the story, it doesn't sound convincing to me. It feels there's a possibility for the given reasons, but at the same time, I  feel that are some questions are still unanswered.

Anyway, the story is easy to read, but it gave me a vague feeling when I was reading it. I wondered if something was lost in translation or some complexities in Chinese literature would leave the reader with many questions after finishing the book. At the same time, the answers are already explained in the story. It's like 1 + 1 = 2, but I just don't get why it's 2 even though I was given an explanation about it.

A Clockwork Orange by Anthony Burgess

The entire story is narrated by the protagonist, Alex, with heavy usage…