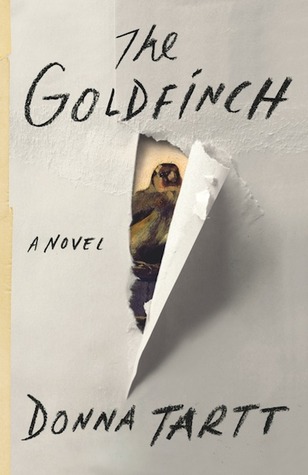 One-Sentence Summary: A life journey of an art thief after the loss of his mother.

The narrator confines himself in a hotel room, thinking of his mother and later reveals that he is a 27-year-old American man who travels to Amsterdam for the first time. He is eager to get the latest news with a sense of foreboding, searching for his name alongside photographs of crime scene tapes and police cars in the newspapers. At this stage, we get to know that the narrator comes to Amsterdam in a rush when he mentions that he lacks extra clothes for the cold weather. He is anxious and down with a fever with nightmares of court cases and missing flights.

The story later reveals the narrator's name as Theo when he shares his unforgettable memories of his mother before she passed away. He recalls what happened on the day of the death of his mother when he was 13. Theo and his mother were supposed to go to the school to discuss his suspension but went to the art museum before that. His mother shared her passion for arts with her knowledge about paintings. He was introduced to the painting "The Goldfinch", painted by Carel Fabritius, the most miniature painting of a life-sized chained goldfinch. Fabritius was killed during the explosion of a gunpowder factory in Delft which had destroyed part of the town in the 1600s. The Goldfinch is probably one of few surviving works.

Then, an explosion suddenly occurred in the museum. When Theo regained his consciousness moments later, an older man was lying nearby. Theo went to the older man who was in a weak condition, and he asked Theo to take the painting "The Goldfinch". Theo took it among the debris, thinking the old man wanted it. Before the old man died, he passed a gold ring to Theo and asked him to look for "Hobart and Blackwell". When Theo finally found his way out from the explosion scene, he assumed the mother probably had returned home. He went back to the apartment to wait for her if she hadn't returned.

Theo has no other places to go. When the social workers came to break the bad news, he could only remember Andy Barbour, a good friend he had known since elementary school. After an unknown time, the ring and the word "Blackwell" suddenly appeared on his mind. He searched for the address and found out that Hobart was the old man's partner when Theo showed him the ring. For the first time, he had an enjoyable conversation with someone interested in him rather than treating him differently and prying for information about his misfortune.

After quite some time, Theo's father reappeared with his girlfriend and brought him back to Las Vegas. Theo felt isolated as the house was so far from the inhabited Las Vegas suburbs with no close neighbours or public transport. In his new school, he mets Boris, someone who has a complicated background and had moved to many different places before settling in Vegas. Boris became Theo's best friend, and both were abandoned by their alcoholic father and motherless.

Then, Theo's father experienced financial problems and used him to gain access to the trust fund set up by his mother for him. Theo fled to New York City after his father was killed in a car accident. He wandered around the streets before he had to endure his shame to go to Hobie for a place to settle down. Moving forward eight years, a big bombshell from Boris revealed to Theo that the painting was somewhere else all these years. Boris promised to track the location of "The Goldfinch" and asked Theo to join him on the mission to recover the painting.

Initially, I thought this story was similar to A Little Life by Hanya Yanagihara. It involves a roller coaster of emotions and dealing with tragedy and loneliness. The starting of the story was very intriguing, and I was really engrossed in the story with encouraging anticipation. Unfortunately, when the story reached the Las Vegas part, it tremendously changed my opinions about this book. It was getting dull, probably because we had to live in the desert with Theo and Boris. There was no one else he could talk to, or anything else could be done at such an isolated place except sharing their drugs and drinking life with us. That part was a huge struggle, and I wasn't sure how to move forward. I think the only part I'm looking forward to at that stage is Mr Silver's appearance. The pace was slow, and suddenly it was like a derailed train after it started progressively well. The tone, pace and story's direction seem changed since the Vegas part.

One thing that I liked is the author's ability to set a difference of tones for Theo's narration. There was a difference in his tone between happiness and enthusiasm when he was with his mother and the lacking of life's purpose after she passed away. Finishing the Las Vegas part was like coming out from the darkness and entering a new stage of hope or a sudden light illuminating the story. I thought it would be better after that. I know the readers ought to know Theo's struggle with loneliness and delve into drugs and alcohol, but I wish the story could be shortened and less long-winded. It feels like walking on a beautiful beach and suddenly being hit by waves and dragged to the sea. Since then, I have been drowning under the water because some parts were compelling, but it gets draggy when that part expands further. And I was slowly submerging towards the end because there were too many details about drug effects on Theo and philosophical ranting about life. The story can be reduced to less than 500 pages and more straightforward. Maybe I wasn't good at appreciating the beauty of her poetry style. However, I really liked the author's brilliance in capturing the scenes, bringing the readers to the scene to feel the object, smell the aroma, and hear the sound.

The ending was draggy as if the writer was unsure what to do with the painting. It could be shorter if there were fewer overly-detailed descriptions about furniture, drugs effects, and life philosophies. It was one of the dullest endings with lots of drugs and hallucinations, and I skimmed through until he met Boris. The ending influenced me to drop the rating further. I couldn't explain more about the disappointment, especially when reading something that had been highly awarded, and I felt terrible because I didn't know how to appreciate it. To pull it through, I have to set a small goal every time reading the book, like 20 pages, 50 pages, or another 30 pages. I really wanted to know what happened in the end, but I was dumped with a large chunk of drug effects and also life philosophies. It feels like driving a car with a rattling engine and limited fuel, trying to reach the next petrol station with the hope that the car won't die before it reaches the destination. In this case, I was hoping I still had the strength to make it until the end of the page of this book.

The Gunslinger (The Dark Tower #1) by Stephen King

One-Sentence Summary: A story of a gunslinger who keeps chasing after the…

One-Sentence Summary: Harry Potter is running away from Voldemort while searching for…