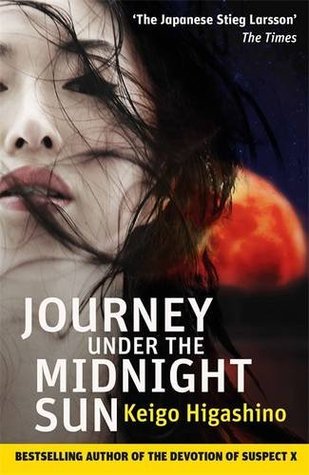 One-Sentence Summary: The death of a pawnbroker drives two young people to dark and sinister life.

Yosuke Kirihara, a pawnbroker, was found dead by a kid at an abandoned construction site. Before his death, Yosuke visited one of his customers, Fumiyo Nishimoto, leading detective Sasagaki, wondering whether there had an affair. The police had been suspecting Fumiyo, but later she died due to gas leakage at home, which was still a mystery until the end. The case was left unsolved without finding the killer and a large sum of money. Four years later, an old photo emerged from the classmate of Yosuke's son, Ryo Kirihara. Will this photo be the answer to the case?

The story expands to the life of Ryo and Fumiyo's daughter, Yukiho Nishimoto, from their lives in high school until their adulthood. There were so many coincidences and unfortunate events surrounding their life involving their classmates and friends. It's not easy to find any relations between both of them as they look like two strangers without any connections to each other, but they had been working together throughout their lives in a hideous manner. There were so many coincidences and unfortunate events in their lives. Meanwhile, detective Sasagaki has been following the unsolved murder case for almost twenty years.

Despite the confusion due to the lacking of transition stage and too many characters involved in the story, I found the writer's idea is unconventionally brilliant. It keeps pushing the readers to continuously pursue the truth with detective Sasagaki. It's just getting darker and keep readers wondering who Yosuke's murderer is. The entire story mainly focuses on the life of the young people, and the reader is wondering how their lives related to Yosuke's death. There weren't many hints can be extracted by the readers because the writer left the truth until the last page. There were so many plot twists throughout the story. It can be anything beyond our imaginations because the writer is telling another unrelated account which the reader can't connect the dots to the main plot.

Guest House for Young Widows: Among the Women of ISIS by Azadeh Moaveni