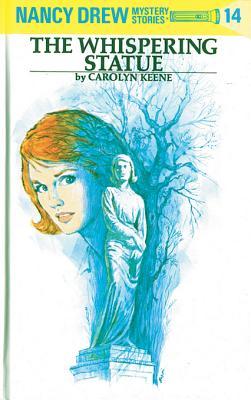 Carson Drew's client is asking him to solve a mystery regarding the sales of her rare books. Mrs Merriam inherited a collection of rare books and commissioned a reputable art dealer for the sales. Initially, the sales were going well, but she now suspects that the man is a swindler. Before Mrs Merriam continues to tell her second mystery, the Drews and the guests are interrupted by a phone call and masked intruders from both front and back doors.

When they settle down after the incident, Mrs Merriam tells them about the mystery of a missing whispering statue. Nancy, George and Bess will travel to Waterford to investigate the whispering statue at the yacht club. Nancy will disguise herself as someone else to hide her identity to protect herself from danger.

Once they reach Waterford, a series of unfortunate events occur to the girls, including a kidnap attempt and a sailboat accident. However, they are lucky to find the missing statue at a shed near the yacht club, but the statue can no longer whisper.

I felt the previous story was more enjoyable to read, but this one is more mysterious, adventurous, and complicated. There are two cases connected in the story which increases the story's complexity. As usual, never question why Nancy Drew is capable of doing anything.