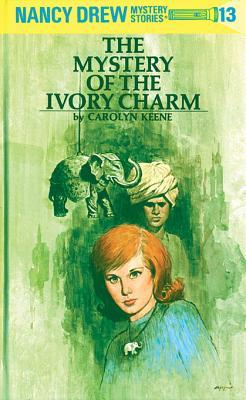 Mr Stanley Strong, an owner of the travelling Bengleton Wild-Animal Show, asks Mr Drew for a consultation about his suspicion of Rai concerning criminal proceedings. Rai is in charge of the elephants in the show. He often mistreats his son Rishi and believes he doesn’t need to obey the United States law because he is from India. The owner suspects something sinister is behind the entire thing and hopes the Drews can find out more about Rai’s background.

On the next day, Nancy and her friends go to the circus show, and they talk to Mr Strong to understand more about the situation. After the show, they find Rishi hiding inside Nancy’s car trunk when they reach home. Rishi tells them about the search for his real father at River Heights after the revelation from Rai’s wife before she passed away. Nancy promises to help him to look for his real father. Coincidentally, Rai has resigned from the show, and Rishi has to live with the Drews until Mr Strong has more news about Rai. Rishi gives an ivory charm to Nancy, which Rishi took from Rai after he discarded it. It is strange for Rai to throw away the ivory charm after both Rai and Rishi believe that the ivory charm brings luck to the one wearing it.

The investigation leads to the revelation of Rishi’s parentage and a sinister kidnapping plot involving both Miss Allison and Rai. I’m not sure how a strangely behaved woman who believes in psychics is involved in the kidnapping. Even the story never mentioned why she got herself involved in it. Another funny thing about the story is that Mrs Allison wants to tell Mr Drew about her dream. Why does someone want to tell her dream to a lawyer? The story focuses on the mystery surrounding the origin of the ivory charm and Rishi’s background. I chose to read the short story in a simple-minded way by not questioning the logic and overthinking the loopholes, and I really enjoyed reading it.

An Autobiography: The Story of My Experiments with Truth by Mahatma Gandhi

This book consists of five parts, each chapter written weekly and published…