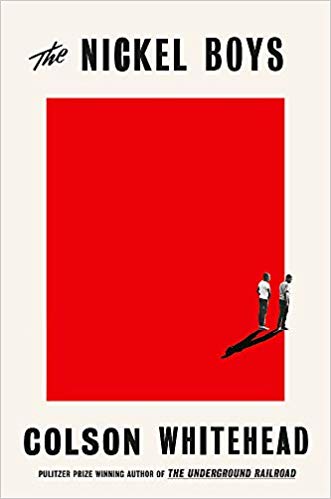 Based on the real story of a reform school that operated for 111 years and warped the lives of thousands of children.

Elwood Curtis was raised by his strict grandmother during the 1960s in Florida. He passionately follows Dr Martin Luther King's words and has a strong interest in the Civil Rights movement. In the spring of 1963, the college kids were going to picket the Florida Theatre to open its seats to Negroes. Elwood participated in the movement, and it changed his life.

Elwood's teacher Mr Hill has a friend who works at Melvin Griggs Technical. The college is opening its courses to high-achieving high-school students, and Mr Hill thought of Elwood. Elwood hitchhiked to the college campus without knowing it was a stolen vehicle. He was convicted as a delinquent and sent to the Nickel Academy, a segregated reform school claiming to provide an education to the boys to become "honourable and honest men". The academy claims that young boys will receive physical, intellectual, and moral training, be reformed and be restored to the community with purpose and character fitting for a good citizen.

Elwood stayed optimistic and tried his best to reach the Ace ranking and graduate. Unfortunately, life at Nickel Academy is not as simple as he thinks. Corruptions, racial segregation, violence and abuse are common in the academy. Elwood also witnessed other unethical conduct in the academy, including match-fixing and selling supplies to the local businesses, which should have been distributed to the black boys.

Elwood stood up against the bullies but caused trouble for himself. His best friend Turner was sent to Nickel Academy because he stood up to claim his dignity, leading him to believe the importance of watching out for themselves. This also happened to Griff when he refused to lose to the white boxer, which cost his life. Elwood has been waiting for the opportunity to voice out for his people and stand up against injustice. When the time has come, will he be able to become like his idol to fight the oppressor and save the oppressed?

It's a beautiful work, and I'm speechless with the ending. I don't know what to say besides "beautiful", "touching", "powerful" and "brilliant".

Haven't They Grown by Sophie Hannah

The Lost Village by Camilla Sten

In the story's preface, the author introduces herself as someone who has…