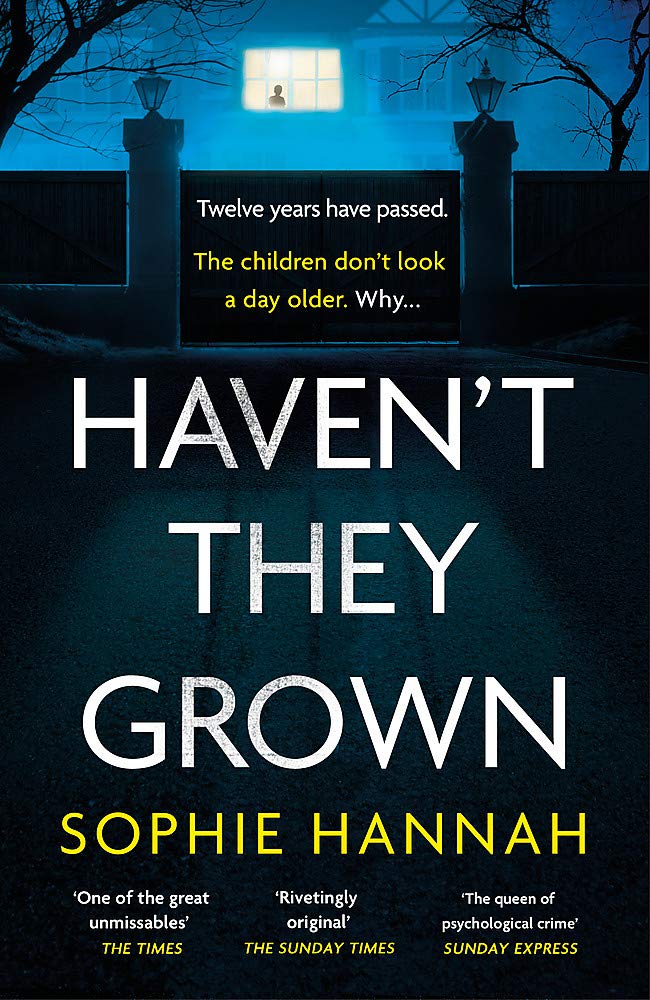 Beth is always curious about what Flora's house looks like after they didn't keep in touch for twelve years. This time she has the chance to drive there to see it herself, and if Flora finds out, she can use the excuse of a wrong turn when driving her son to his football match.

When Beth sees Flora's children, Emily and Thomas, are still three and five years old, the same as twelve years ago, she is in shock and can't believe her eyes. Beth is sure that Flora and Lewis Braid have a third child called Georgiana, but Georgiana is not with Flora on that day. Later, through social media, she finds out that Lewis is in Florida and some past photos with his two teenage children without Flora and Georgiana.

It gets mysterious when the new family, the Caters, lives in Flora's house, and they used to work in the same company as Flora and Lewis. And Jeannette, or Mrs Caters, looks like Flora and has two kids with the same name as Flora's children but ages 3 and 5. Why is another woman acting as Jeannette, and then Flora is actually Jeannette? Why this new family lied to Beth and have children with the same name as Flora's teenage children?

I will get scared if someone is so obsessed with my neighbour, although I know in the story that she wants to prove what she saw to her husband. At the beginning of the story, I have the instinct that I might not like the main character, Beth Leeson. Her obsession with Flora irks me, and I don't understand why she is so addicted to Flora. She comes out with many speculations, rejects whatever her poor husband says to her, and firmly believes what she feels is the truth. She's very controlling, authoritative, and overly self-confident throughout the story. Sometimes, I feel proving herself right with all the assumptions seems more important than helping her friend, although she keeps saying that she wants to rescue her friend and the children.

Somehow, I feel Beth's husband, Dom represents how some readers will handle this mystery, including me. I will dig for some information about it at the beginning, but after a particular stage, I have to drop it for the sake of everyone's lives. I find Beth's obsession ridiculous. Some will probably be like the daughter Zannah, getting involved with various theories and curious to know the truth.

The logic of the storyline is difficult to follow. Why does Flora sit on the beach and continue her story when Beth sees her? It's like she's waiting for Beth to find her on the beach. How does Beth know Flora is lying even after she tells Beth everything? It's hard to convince Beth no matter what story Flora tells because another bigger plot twist is waiting for them. It sounds like everything has been deliberately arranged. The playing of multiple plot twists towards the end didn't work well and seemed very forceful.

The Nickel Boys by Colson Whitehead