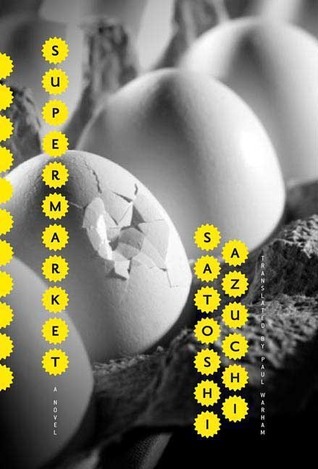 The idea of supermarkets had just begun in Japan during the Japanese post-WWII recovery and industrialisation. In 1969, Ishikari was the managing director, and his elder brother was the president of Ishiei Stores. Kojima is Ishikari's cousin, and both strongly bonded after the two families shared the Ishikari family home during the war. Kojima is a banker but considering leaving his job after Ishikari invited him to join the supermarket chain.

"But he's a businessman. And the best businessmen don't always make the best managers."

Ichimura gave Kojima a tour around the supermarket, and Kojima was fascinated with the new world. Everything was so different from his banking environment, and younger employees were given more trust than in his workplace. Kojima was overwhelmed with the jargon and terminologies, but the struggle did not stop him from taking the risk by quitting his stable job at the bank and leaping into the unknown world of the supermarket trade. He has made up his mind no matter what, even if it goes against his uncompromised wife.

Otaka is the head of the fresh produce section. He didn't like Kojima because he felt inferior and jealous of Kojima's looks, educational background and Kojima's relations with the family of Ishiei Store's president. Kojima suggested an experiment to reduce the loss by selling imperfect produce at a discounted price. Otaka wasn't convinced by the idea but chose to follow the order. Meanwhile, in the meat section, Take is experiencing a problem with missing meats. He suspects his boss Sashima of stealing expensive meats from the refrigerators after seeing Sashima leave the place with big bags.

Who knows that a supermarket chain company will involve a lot of drama among workers from various levels. Ichimura with his secret support group organised by Sashima, Sashima with his crime swept under the table by the management, a dark secret of a handsome worker with soulless eyes, and a high inferiority man who is always jealous of anyone better than him.

Initially, Kojima was excited and hopeful about his future in Ishiei Stores until Kameyama came into the store and offered his advice. There were massive problems across all departments - lacking proper displays of fresh produces, bad stock in the clothing department, and suspicion of meat embezzlement. How can Kojima solve all these problems alone when management avoids facing the truth?

This multi-dimensional story has a very lively storyline that covers various departments in a supermarket chain company, from low-ranking employees to the management level. Their different responsibilities reflect their perspectives on the company, management and colleagues. The variety of interesting characters has led the readers to keep looking forward to more drama being unfolded by the writer. Of course, internal politics is unavoidable at the management level, but which side are the workers betting their loyalty on, the long-serving Ichimura or the charmingly smart Kojima?

Firelight of a Different Colour: The Life and Times of Leslie Cheung Kwok-wing by Nigel Collett

Every year on the 1st of April, I will remember it's Leslie…

A Woman Like Her: The Short Life of Qandeel Baloch by Sanam Maher