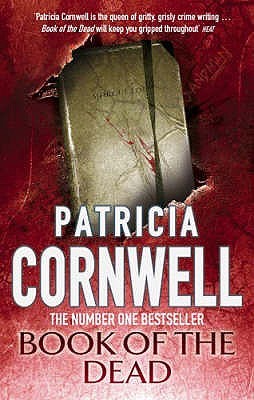 Recently, I just read a book entitled ‘Book of the Dead’ by Patricia Cornwell. The synopsis of the story seems interesting and it captures my interest to get this book but unfortunately, the storyline is not as what I expected in the beginning. Maybe it’s more appropriate to say that the way of how the author writes the story is not suitable for me as it is not written in sequence. The storyline does not focus on a specific person but it is more divert to different people at the same time.

The story is about a coroner called Scarpetta who owns a forensic pathology practice which offers expert crime scene investigation and autopsies. She needs to deal and face several brutal and unusual crimes to solve a series of murder cases which are committed by the same killer. The first murder is a young tennis star who found nude and mutilated near Piazza Navona in Rome. The next murder happens to a young boy who has been abused and found dumped in a desolate marsh and also a woman was murdered in her expensive beach home.

"I've never understood why you Americans are so loud."
"Because we don’t listen," Scarpetta says. "That’s why we have George Bush."

"What I’m saying is money can’t buy championship titles, and spoiled people usually don’t work as passionately as she did," Scarpetta says.

Rating: ★
More reviews can be found on Goodreads: Book of the Dead.

The Zahir: A Novel of Obsession, Paulo Coelho

What is the meaning of ‘Zahir’? According to the writer Jorge Luis…