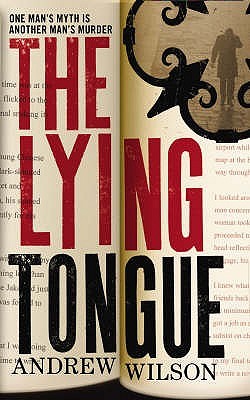 After graduated from London University in art history, Adam Woods travels to Venice to take a post as an English tutor. Unfortunately, Mr. Gondolini's son gets the maid's daughter pregnant and has to send his son to New York to avoid any repercussions, thus causing Adam unemployed. However, with the idea by Mrs. Gondolini to work as a personal assistant, Adam applied for the job and work as a personal assistant to a reclusive writer Gordon Crace.

Crace wrote one novel in 1967 entitled 'The Debating Society' which was a huge bestseller and also the only novel since then. Adam works very hard cleaning up the abandoned house and also cooks simple meals for Crace. Crace likes to talk to him about arts and his collections in the house. Despite of Crace's eccentric behaviour such as asking him to do the grocery in a limited time since Crace cannot bear to be left alone, Adam still perform his tasks diligently and work according to Crace's requirements.

As the time passes by, Adam realises that his novel is not going well and decides to write a biography of Crace since this is a good opportunity for him to know more about the old man. He checks all the old man's letters and learns that there is another writer has the same interest to write a biography of Crace. As for another letter, he finds out that it is related to a young man who used to live with Crace but has committed suicide after the publication of Crace's novel.

Adam lies to Crace by using grandmother's funeral as an excuse so he can visit England to dig out more details of the old man's past. His visit to England enables him to investigate how far has the writer knows about Crace in preparing to write the biography. From there, he gets to know that the young man's name is Christopher Davidson and in the past, he has an unexpected relationship with Crace. Coincidentally, Christopher has the similar look as him as well. Christopher's ex-classmate who is also Crace's ex-student told Adam that his old friends used to participate in the debating society. They were abused by Crace and because of that, they had committed suicide few years ago. Crace's homosexuality story causes tension to Adam to return to Venice and live with Crace.

The story ends with a gunshot between Crace and Adam when Adam tries to search for the manuscript "The Music Teacher". Crace awares of Adam's motives all these time and creates a puzzle for Adam before he dies. Adam needs to search for the manuscript in different places in the house by solving the puzzle. In the end, Adam searches the manuscript from Crace's body as Crace intentionally plans it in such way so that Adam has to touch his body after he dies. What Adam found from the body is not the manuscript but it's a book called "The Lying Tongue" and the main character is Adam. Crace has sent the book to the publisher before he dies.

It has been quite some time that I encountered such a book which is hard to stop reading it. This is a psychological thriller novel. Although this is Andrew Wilson's debut novel but the story is well-written and capable of creating an exceptional thriller to the readers.

Rating: ★★★
More reviews can be found on Goodreads: The Lying Tongue.

I have just finished reading the book 'Savage Blood' by Alex Chance.…