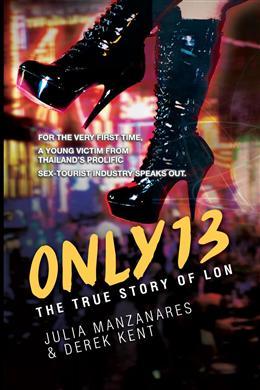 This book tells a story of a girl called 'Lon' who runs away from the family at the age of 13 and later, ends up as a top earner in Thailand's sex industry. Lon comes from a very poor family and as the eldest daughter in the family, she bears the responsibility to support the family and become the primary breadwinner. She was brought up in a very poor environment where girls aren't valuable enough to receive education and the brother is always being given the highest priority in everything compared to the other two sisters.

In order to strive for the family's acceptance after being blamed for her father's death, involving in prostitution is the only way that she can think of. Unreasonable employers, low-paid jobs, bad working environment as well as gender inequality are some of the common reasons which lead to the increasing of prostitution in Thailand. She sold her virginity at age 13 with the price of 30,000 Baht which is less than $1,000 USD. Before her first marriage to Switzerland, she has been involved in sex-tourist industry for five years in Thailand. The remaining stories about her several disastrous marriages in different countries which most of the time being used by her husbands for sex and money. This leads to the story of her mental health and how she supported her family especially to avoid her sisters from following in her footsteps.

From the beginning until the ending of the story, my hatred feeling to her family keeps increasing. I can't believe there is such family exists in the world. The mother just asking money from her continuously and doesn't bother about her daughter's involvement in prostitution. What she only cares is the money and she asking more and more from her daughter. When one of the daughters decided to further her studies, she disagreed with the idea because she hopes to get more money if both daughters working at the same time and she doesn't like the delay. It seems she doesn't feel anything wrong with the daughter selling her body to earn for the income and worse is, she never appreciate all the things that her daughter has done for her and she still loves her worthless son the most. I doubt she will ever feel guilty or regret in the future.

Although Lon never got the chance to have a proper education but she always believe that education can change a person's life. She tried very hard to save up her money to support her sisters' education. Comparing to my country where I often heard of kids being scolded by their parents of not putting enough effort in their studies and lots of school dropouts in these recent years, you can just imagine how huge is the difference between these two neighbouring countries.

When Lon started to have problems with her mental health, I wasn't surprised with it. Who wouldn't if they have such a greedy and lazy family plus with several disastrous marriages. It's not everyone can handle all these in a good way.

This is really a good story for us to understand the poverty life in another part of the world and how they strive for their living. We might think 1 Baht doesn't cost much too us especially for people that comes from richer countries but for them, every baht comes from their hard work which probably to the extent involving of selling their bodies for a living.

Rating: ★★★★
More reviews can be found on Goodreads: Only 13: The True Story of Lon.

Tokyo Vice is a memoir wrote by an American journalist, Jake Adelstein…