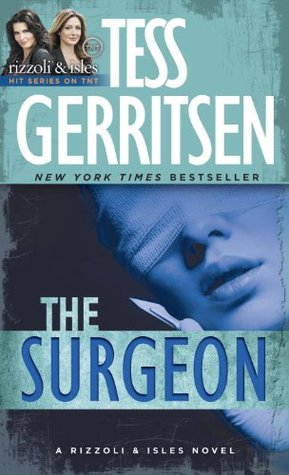 The story begins with the death of a woman called Elena Ortiz and Detective Thomas Moore cancels his vacation trip to join his team to investigate the case. Jane Rizzoli, along with Detective Moore, discovers an almost identical crime committed two years ago. Two years ago, Dr. Catherine Cordell was attacked in the same manner in Savannah but she fired a shot at the attacker and killed him. Now, several women were killed in the same manner and it seems this new killer's main target is her. He slips into homes at night and captures women who are still sleeping. Then, he will slit their throats and remove their uterus. Detective Moore and his team of the Boston Homicide Unit in charge of the murder investigation and the similarity of the murder lead them to approach Dr. Catherine Cordell, the sole survivor of the Savannah attacker. Is there a copy cat killer committing the same crimes in Boston? What is the new killer's connection with Dr. Cordell and the Savannah attacker?

I'm a big fan of mystery and thriller novels. I've never read such an intense psychological thriller novel like this one. Also, I've never encountered a thriller novel which includes horror elements and it works so well in this book. It gives you the chilling feeling and I liked the killer's speech are included into the story. I seldom found this in crime or thriller novels which usually more focus on how to solve the case. What I feel annoying about the story is the main character, Jane. I felt she is doing too much to prove herself and overdoing something can cause others hate her even more. I understand how she feels working in a male dominated job because I have the same experience as her but I don't think I will act like her in order to prove myself. This really causes frustrations to others and makes the matters worse.

Rating: ★★★★★
More reviews can be found on Goodreads: The Surgeon.

Six years ago, professor Jake Fisher watched the love of his life,…