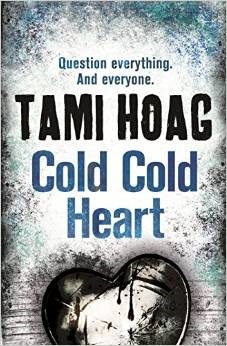 Dana Nolan was a TV reporter for nine months until she was abducted by a serial killer. Although she has survived the ordeal, but Dana has suffered severe brain injuries, both visible and unseen scars, post-traumatic stress syndrome, and also memory loss. She returns to her family home, in the small town of Shelby Mills, with her over protective mother, Lynda, and stepfather, aspiring politician Roger. Dana's tragic experience has rekindled police and media interest in the unsolved case of her best friend, Casey Grant, who disappeared seven years ago. Dana begins to investigate what happened all those years ago and starts to question some of the possible suspects which involves of their ex-boyfriends and her stepfather. As the investigation is getting closer to the truth, the real killer appears and put her life in danger.

Although this story is not something that can make me say wow but I have to praise the author's writing skill which can make the story realistic and believable. Although the story's focus is the aftermath of the tragedy, but I guess I will like the "After Dana" than "Before Dana". "After Dana" seems smarter and more honest whereas "Before Dana" seems more hypocritical, self-centered and less intelligent. Initially, I planned to rate this book 3/5 but after a second thought, I had changed my mind when I found a valuable lesson from this book. A good looking person does not indicate that person will have more likeable character, smarter or least possibility of committing crimes. A bad tempered person or someone with a complicated background should not be labelled as the prime suspect when crimes occur. Sometimes, a person who looks so perfect in everyone's eyes is probably the most dangerous person you ever met in your life.