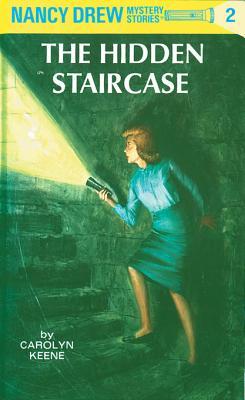 Nancy's friend, Helen, and Helen's great-aunt Rosemary ask Nancy to solve the mysterious happenings at her great-grandmother's mansion, Twin Elms. Nancy feels so excited to investigate the mystery until she hears that her father is being threatened by crooked lawyer Nathan Gomber, who represents a missing property owner whose property has been bought to build a bridge.  Nancy's father tells her not to worry and encourages her to stay at Twin Elms while he goes to Chicago to find Willie Wharton, the missing property owner who says he never signed a contract and sends Nathan Gomber out to get him more money for his house.

While Nancy stays in Twin Elms, Nathan Gomber also goes there to get Miss Flora to sell her house in which she refuses to do so. Nancy learns from Miss Flora and Aunt Rosemary that there is a house next door named Riverview Manor in which Nancy believes there is a passage connecting each house to one another. At the same time, her father is missing and seems being kidnapped when he is on his way to Twin Elms.

I felt the story is just average and it's a bit boring for me. I prefer the first book (The Secret Old Clock) as it's more mysterious and suspenseful than this one. Somehow I felt Nancy's bravery is quite ridiculous and unbelievable. I'm wondering whether children readers will get confused when reading this book as the story keeps mentioning “ghost” although they are trying to catch the thief who appears mysteriously in the mansion.

Rating: ★★
More reviews can be found on Goodreads: The Hidden Staircase.