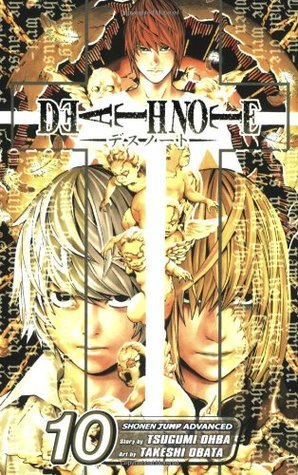 Near openly suspecting the new L of being Kira and seeking for any task force members who has doubt with Light. In order to avoid the truth being revealed further, Light must pass the Death Note to someone else.

Kira needs to choose a disciple from his supporters to handover the Death Note. However, Light couldn't find a way to contact his successor directly and he must rely on his faithful follower's adherence to Kira's goals. Light is under pressure when he needs to defeat Near and Mello before they get the Death Note and at the same time, he needs to make sure nobody will know that he is Kira who strives for his ideal world which is free from crimes.

Since the 8th volume, I felt this series is starting to drag on and I thought this will be continuously until there is a new Death Note owner. At least there were some interesting twists and turns and I have to admit that all the female characters in this series are weak. It seems most of the female characters are easily manipulated and feelings are always first compared to logical thinking.