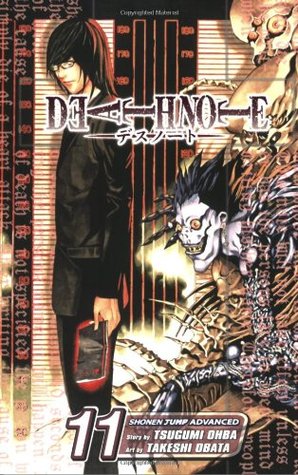 This volume's main focus is the preparation for the final battle between Light and Near. Near is convinced that Light is Kira but he doesn't want to just stop the Kira murders, he wants to expose Light as the Death Note killer. At the same time, Light is very confident that he can defeat Near to realise his dream to have his own ideal world which is free from crimes.

Near is already in Japan with the plan to capture Kira and Light thinks he's up to the challenge when Near requests to have a face-to-face meetup. However, with so many things to handle at the same time – pressure of his fiancee, his new flame and the suspicion from the taskforce, will Light able to cope all these distractions to face the challenge?

I can't wait to read the last volume to know whether Near will win in this challenge and what will happen to Light and those who involved with the Death Note. I'm wondering whether there will be a twist for the ending and will the twist bigger than L's death? There was a thought in my mind for the ending – what if L and Light's father faked their own death just to set up all these so that Light will show his true colours?

This is the final battle between Near and Light. I don't want…