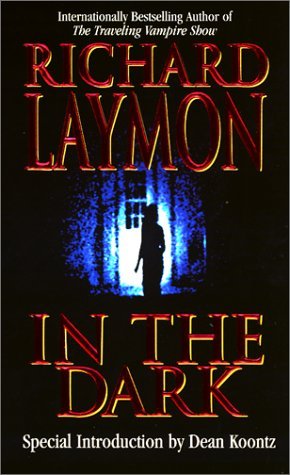 Small-town librarian Jane Kerry finds herself caught up in a mysterious game. The mysterious game begins when one day Jane finds an envelope containing a fifty-dollar bill and a note instructing her to “Look homeward, angel.” Jane pulls a copy of the Thomas Wolfe novel of that title off the shelf and finds a second envelope. The second envelope contains a hundred-dollar bill and another clue. Both are signed, “MOG (Master of Games).”

As the game goes on, it requires more and more of Jane’s courage, and pushes her into actions that she knows are crazy, immoral or criminal. One after another is getting more dangerous but at the same time, the reward is increasing as well. However, when Jane realizes this is not an ordinary game, it’s too late and MOG won’t let her quit this game.

My initial plan is to take my time reading this book and finish it next year. However, I changed my plan and rushed to finish this book before end of the year. I don’t want this book as the first book to start my reading for 2017.

I just realised the author was quite famous with horror or supernatural stories. I felt bad that I strongly disliked this book. There were so many things that didn’t make sense in the story. I couldn’t find a single thing that I liked about this story, including the characters.

The main character, Jane, seems so desperate for love and gullible. Of course, the author needs to fill her with greed else she won’t continue with the game and the story can’t proceed further. I felt the story wasn’t as interesting as the synopsis of the book. The character was annoying and seems dumb to me but suddenly, she was getting smarter towards the end. She tends to have a lot of wild imaginations with the guy that she just met for a couple of hours. The author tried to made her seems brave but I felt it was more as a greedy woman. Well, I guess she needs to be greedy else this story won’t exist at the first place.

Halfway through reading the story, my feelings for the main character had changed from strongly dislike to hate. Her greed made her such an idiot person and loss of logical sense. Maybe nothing made sense in this story such as went for jogging during midnight and she was getting weirder as the story goes by. She expects Brace to apologise after Brace worried for her safety and tried to stop her from sleeping in the coffin just for the money but she acted like a crazy woman and insists of doing it. I felt she is as psychotic as MOG.

Also, the word ‘panties’ was heavily used by the author in this story.

Rating: ★
More reviews can be found on Goodreads: In the Dark.

Misty Patterson works as a barmaid at a casino in Lake Tahoe.…

In this volume, Ryo Kurokiba needs to begin his shokugeki battle with…