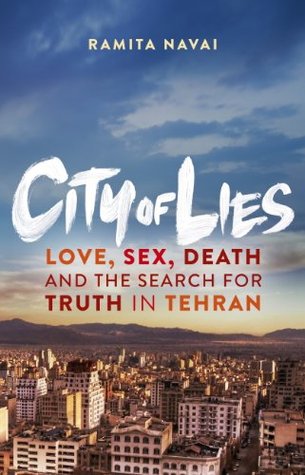 This novel tells the lives of eight people that are living in Tehran where each holds different social classes. Some stories consist of novice terrorist, prostitute, homosexual turn into transgender and elderly retired gangster. Generally, our initial impression of Tehran is a religious city, but this novel offers more in-depth stories about Tehranis that are fighting against temptation and desperate for freedom which strictly controlled by the government and religious groups.

The history and politics of the country were strongly engaged in this book. I trust the author has sufficient knowledge in those areas but putting them in words might not be her strength. Sometimes, I’m not sure whether the complexity lies on the character’s life or how the story being told. I tend to lose the direction of the story easily as there were too many political and historical explanations involved in each story. I would prefer the author includes a mixture of positive and negative side of the city instead of just only focusing on the dark side.

Rating: ★★★
More reviews can be found on Goodreads: City of Lies: Love, Sex, Death and the Search for Truth in Tehran.

Misty Patterson works as a barmaid at a casino in Lake Tahoe.…