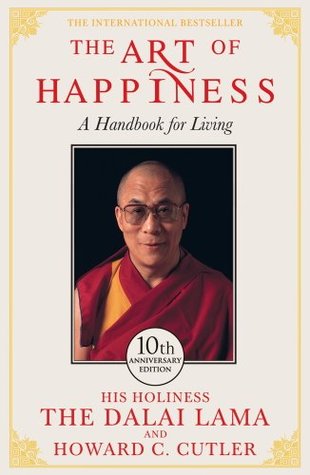 This is the first time that I've given a try to read this genre of book which involves of philosophy, spirituality and religion. Unfortunately, I have to say that the combination of such genres are really not my type.

There could be another reason why I was struggling to finish this book and I just gave up in the end. I mistakenly thought this was a book by the Dalai Lama but it is not. This book was written by Howard C. Cutler, a psychiatrist, who spent one week with the Dalai Lama, and then used his interviews with the Dalai Lama as a basis for this book. I thought I was fine with it, but I just have to let go of my stubbornness when I reached halfway of Chapter 12.

I feel this book should be more suitable for those that want to know more about themselves. Philosophical books act like a shortcut for people with hectic lives that don’t have a quiet time for self-reflection. This book is not difficult to understand but I believed that not many people can grasp the meanings of the teachings of the Dalai Lama. It might be easy for some readers but definitely challenging to put into practice in our daily lives. There are so many temptations everyday which require a certain level of discipline and self-control.

There were a number of assumptions have been made based on the author’s views about the Dalai Lama. In my own opinion, I feel the author seems didn't understand the teachings and the time spent for all the conversations was just purely for this book. For example, the author asked the same questions so many times such as techniques to improve the relationships. Sometimes, I’m wondering how much that the author can understand throughout the conversations with the Dalai Lama.

I feel the Dalai Lama’s teachings are not difficult to understand. It’s easier for people that are willingly to open themselves to understand and the most important is listening. The word ‘listen’ seems is a simple word but listen for the sake of listening doesn’t mean that you are really listening. I feel the author is not prepared to open himself to accept something that is different from his world. He seems still very stuck to what he believes to be right and his own ways of thinking. Well, there’s nothing wrong about having your own beliefs but at least don’t give us the impression that you’re still stuck with your own ways and be more neutral when you express your thoughts in this book.

Rating: ★★
More reviews can be found on Goodreads: The Art of Happiness - 10th Anniversary Edition.

City of Lies: Love, Sex, Death and the Search for Truth in Tehran, Ramita Navai