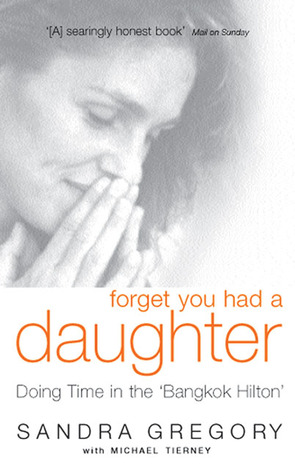 No one will ever know that an offer for a trip to Thailand will cause Sandra only able to return to the UK after spending four and a half years in Lard Yao prison. Someone who initially against of drugs trafficking, finally agreed to carry 89 grams of heroin to Tokyo for an acquaintance. With the hope that she won’t get caught and to earn the money, just to afford a flight ticket back to the UK, she took the risk but got caught by Bangkok airport security and ultimately sentenced to 25 years. In this biography, Sandra shares the details of her life in Thai prison and describes scenes of horrific brutality and suffering. Her entire experience in both Thai and British prisons can be described as someone who went through repetitively for the five stages of accepting grief – Denial, Anger, Bargaining, Depression and Acceptance.

Somehow, we begin to question the purpose of prison punishment. The prison punishment takes away the offender’s freedom and they should take responsibility for their wrongdoings. However, due to the poor conditions in the prison, stressful guards with their high-risk but low-pay job plus grouping together hundreds of crime offenders in a limited perimeter, the initial purpose to educate a crime offender to be responsible for their committed crime has turned into a survival school.

If they have the chance to be released from the prison, it takes time for them to adapt to the outside world and probably they are still sticking with the survival knowledge which they gained in the prison. The saddest thing is the society treating them differently due to their criminal history which one of the most common reasons that lead them to be repeat offenders. I feel no one have the right to judge or giving them an unfair treatment due to their past if they have a sincere repentance. As none of us is perfect and everyone makes mistakes, maybe the difference is our mistakes are not related to crimes but crime offenders have to bear the responsibility for their committed crimes and pay with their freedom as well.

Rating: ★★★★
More reviews can be found on Goodreads: Forget You Had a Daughter.