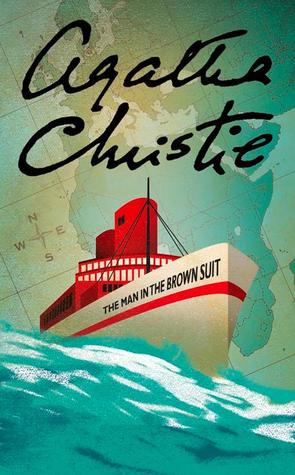 The narrator, Anne Beddingfeld begins her adventure story with the introduction of her father. Her father is Professor Beddingfeld, was one of England’s greatest living authorities on Primitive Man. His mind dwelt in Paleolithic times and despise the modern world. His fame doesn't bring sufficient money into their life. After he returns from Northern Rhodesia to search for the antique skull, he suffers double pneumonia and died four days later.

Anne who always looking for an adventure immediately accepted the offer by her father's solicitor, Mr. Flemming to go to London.

One day, when Anne standing at the end of the platform waiting for the train, a man who is standing nearby looks horrified after he sees something which appears behind her. He took a step backward and went down. As she decided to get some fresh air after the horrific scene, the doctor who examines the victim was ahead of her and dropped a piece of paper. Although the facsimile doesn't show much importance, she decided to keep it to herself. Both the paper and the victim's overcoat has a strong smell of mothballs.

The victim's pocket contains an order to view an unfurnished property which belongs to Sir Eustace Pedler. Another victim which is a woman was found strangled in that lonely house at the next morning.

Mrs. James, the wife of Sir Eustace Pedler's gardener told that there was a lady in the afternoon to see the house. She gave her the key and a young man in a brown suit appeared later. He claimed that he is the lady's friend. Five minutes later, he reappeared with an upset face and handed back the key. On the following day, another lady and gentleman came to see the property and discovered the body lying on the floor in one of the upstairs rooms. Mrs. James identified it as that of the lady who had come the day before.

Anne finds an opportunity to meet with the owner of Daily Budget, Lord Nasby. She hinted that she has an important piece of evidence in order to get a job in the newspaper agency but she needs to prove herself despite her intelligence receives admiration from Lord Nasby.

The remaining story is her adventure with the missing diamonds and to find out the connections between the two incidents. I hated that I felt the story was uninteresting and bored because I love Agatha Christie.

This story is more complicated, involves more characters, and Anne is more daring and adventurous comparing to Nancy Drew series. Besides of those, the story is almost similar, a story about a girl with her adventure. It also consists of a lot of irrelevant personal opinions about both genders.

Rating: ★
More reviews can be found on Goodreads: The Man in the Brown Suit (Colonel Race #1).

Rosie "Aunty" Lee looks grumpy and has to force herself…